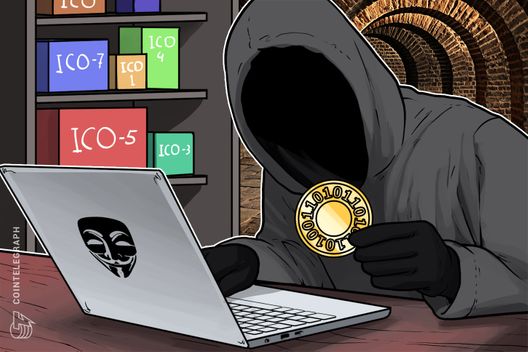 A recent speech by the head of Hong Kong’s Securities and Future Commission stresses the need for ICO regulation.

The head of the Hong Kong Securities and Futures Commission (Hong Kong SFC) said during a speech on April 13 on “New Technologies and Asset Management” that the type of fundraising conducted through Initial Coin Offerings (ICO) is better suited to venture capital funds.

Julia Leung, who is also the chair of the 2016 established Fintech Advisory Group, described the current era as the “fourth industrial revolution,” citing scholar Klaus Schwab, due to its new technological innovative promise. Leung notes that although the Hong Kong SFC in its role as a securities regulator sees new technologies like Blockchain as beneficial, she underlines that embracing this new technology comes with some important caveats:

“While we acknowledge that innovative technologies such as [B]lockchain have the potential to improve efficiency and financial inclusion, that does not entitle anyone to conduct fundraising from the public in violation of securities law. Because of the highly technical content and opacity of some of these projects, it is hard for an average investor to pick winners, a job more suited for professional investors such as venture capital funds.”

Leung adds the the reality is that many of the ICOs are “dubious, if not downright frauds […] [that] escape the scrutiny of the police or securities regulators because of their crossborder nature and the way the crypto assets are structured to fall outside any regulator’s perimeter,” mentioning the recent hacking of crypto exchanges in Japan and South Korea as a “sharp reminder of the risks” of crypto trading.

In February of this year, the Hong Kong SFC warned crypto investors about the risks of investment and vowed to keep policing ICOs and crypto markets. In March, the securities regulator shut down Black Cell Technology’s ICO on the ground that it was an unregistered securities offering, making the company return the funds it had raised to investors.

Moving forward with a crypto regulatory framework, Leung notes that the G20 recently spoke about the crypto sphere at their last meeting in March. In terms of Hong Kong specifically, Leung said that the Hong Kong SFC is working with their Investor Education Center to make crypto investors more aware of risks, as well as working with organizations overseas for fintech collaboration.

The Hong Kong Exchanges and Clearing Market (HKEX) announced in March that they would be opening a dialogue with the Australian Securities Exchange (ASX) on Blockchain innovation and implementation. Leung said in the speech that the Hong Kong SFC has also signed fintech innovation agreements with regulatory bodies in the UK, Australia, Malaysia, Dubai, and Switzerland.