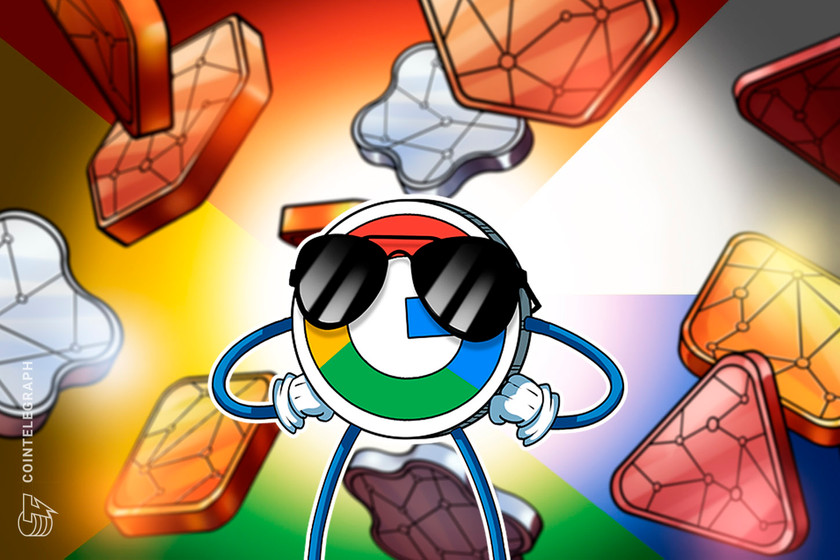 The search engine giant becomes the latest company to support blockchain development in the emerging areas of NFTs and gaming.

As part of the deal, Google Cloud will serve as a network operator for Dapper Labs’ Flow blockchain, the scalable infrastructure that powers an entire ecosystem of NFTs, games and apps, according to Forbes. Janet Kennedy, the vice president of Google Cloud North America, said the multi-year partnership will help Dapper expand its operations through “scalable, secure infrastructure” provided by Google.

Google has also made it easier for Flow developers to integrate with its software, which gives them an added incentive to choose Google Cloud over competitors such as Amazon Web Services.

Amped to welcome Google to @flow_blockchain

In <1 year since #onFlow mainnet:

Dapper’s Flow blockchain supports some of the most popular NFT collections on the market, including NBA Top Shot and CryptoKitties. By February of this year, NBA Top Shot had generated $230 million in sales. That figure has nearly tripled to $680 million, according to Forbes.

Recognizing the long-term potential of NFTs, NBA legends Michael Jordan and Kevin Durant joined other investors in backing Dapper’s $305 million funding round earlier this year. At the time, the company had a valuation of $2.6 billion.

In less than a year, NFTs have grown from a small and obscure corner of the crypto industry to a multi-billion-dollar market. August was a record-breaking month for the NFT market, with 30-day sales eclipsing $2 billion, according to industry data.

Google did not immediately respond to a request for comment.