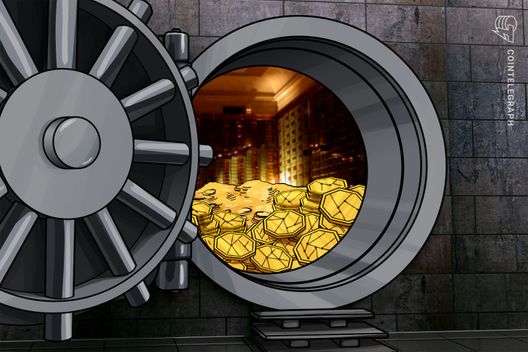 In total, BitGo's series B fund rounding has brought in $58.5 million. According to Bloomberg, Goldman Sachs and Novogratz together contributed about $15 million, as their clients show growing interest in cryptocurrencies.

Bloomberg notes that BitGo managed to raise a total of $70 million in all of its fundraising rounds. The significant investment from two firms affiliated with Wall Street might help BitGo attract more wealthy investors in the future, Bloomberg believes.

BitGo is an American crypto wallet and blockchain security firm founded back in 2013. As Cointelegraph wrote earlier, in September, the company received a state trust company charter from the South Dakota Division of Banking, thus becoming a qualified custodian for crypto.

Goldman Sachs has also reportedly considered creating its own crypto custody. In August, insiders told Bloomberg that the company aims to offer various products linked to digital assets “in response to client interest.” The unnamed sources added that having a custodian operation could also lead Goldman Sachs to other ventures, including prime-brokerage services.

Moreover, the U.S. banking giant recently led a $25 million strategic funding round for blockchain payments startup Veem, which utilizes digital ledger technology to increase the efficiency of small business payments, with one of Goldman Sachs’ officials joining its board.

In late September, Novogratz, who is well-known for his optimistic crypto forecasts, commented on Fidelity Investments’ decision to release a custody solution tailored to institutional investors, saying crypto custodians need further testing prior to attaining mass interest based on investor trust.