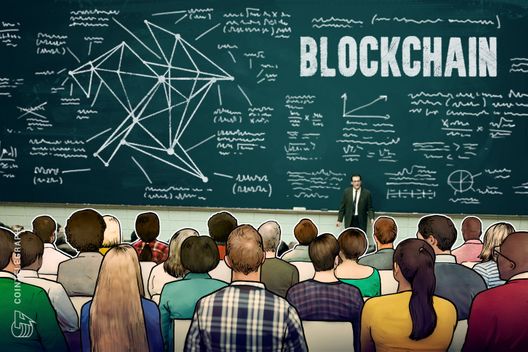 The world-renowned Chartered Financial Analyst (CFA) examination has added cryptocurrency and blockchain to its list of topics for its Level I and II curricula.

The exam, run by the CFA institute, has reportedly prepared over 150,000 financial sector professionals through its intensive 3-tiered program, which is now set to include crypto and blockchain as part of its Level I and II curricula.

According to Bloomberg, CFA said that a “surging interest” across surveys and focus groups was behind its decision. Stephen Horan, managing director for general education and curriculum at the CFA Institute in Virginia, USA, told Bloomberg:

“We saw the [crypto and blockchain] field advancing more quickly than other fields and we also saw it as more durable. This is not a passing fad.”

Crypto and blockchain have now been added as part of a new section called ‘Fintech in Investment Management,’ for which the materials will be released this August in preparation for CFA’s 2019 exams.

As Bloomberg notes, candidates for the exams are expected to clock a whopping 300 hours of study time.

Horan told Bloomberg that further topics, such as the intersection of cryptocurrencies and economics, could be introduced in future. At present, the new section will also cover topics such as artificial intelligence (AI), machine learning, big data and automated trading.

An unprecedented 227,031 people in 91 countries and territories are said to have registered to take the CFA exams this June, the majority of whom reportedly came from Asia –– home to two major crypto markets, South Korea and Japan.

Just last week, Cointelegraph reported that the prestigious London School of Economics (LSE) just revealed a new online course on cryptocurrency investing that will kick off in August 2018. The news came on the same day that the University of Malta –– an island nation known for its pro-Blockchain stance and regulations –– announced it would be launching a specialized blockchain degree as of October 2018.

In terms of the content of higher education, a wave of leading international universities are stepping in to offer blockchain, smart contract, and cryptocurrency-related courses. A group of University of Oxford academics has recently turned to the technology to rehaul the very structure of institutional learning, seeking full-degree granting powers in the EU for what they hope will become the world’s first “blockchain university.”