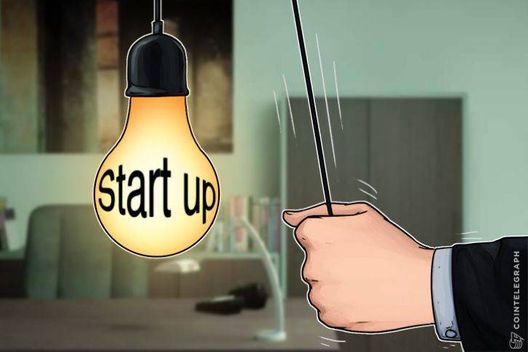 A partner at Deloitte, who helped it build a $50 mln global blockchain practice, has left the company to develop his own project aimed putting supply chain networks on a blockchain.

Eric Piscini, former Global Blockchain Leader and Partner at one of the “Big Four” consulting firms, Deloitte, has left the company, Forbes reports May 14. Piscini, who helped build a $50 mln global blockchain practice, is joining the startup Citizens Reserve to move supply chain networks to a blockchain.

The early-stage startup, which is currently raising $300 mln, is a shared database designed to operate on all levels of a supply chain. Within the project, a new digital currency ZERV has been developed using the ERC20 token. The cryptocurrency will reportedly be used by consortium members to access the blockchain, allowing them to implement “nearly instant borderless transactions.”

The platform is based on the public Ethereum blockchain with smart contracts consisting of self-executing code, which could be implemented using various private blockchain solutions. Though the agreements would be limited by a long period of time to close cross-border transactions and foreign exchange rate considerations, with a cryptocurrency transactions can be reportedly conducted in near real time. Piscini said:

“We are building the Ethereum of supply chain… The private blockchain is more for supply chain transactions, and the public blockchain is used for payments. There is a bridge that we created that is kind of our secret sauce.”

ZERV is also considered a utility token as it allows users to exchange goods and services within the platform. The digital currency contains a third component which sets it apart from other ERC20 tokens; it is backed up by assets. The reserve assets are designed to grant the token “a guaranteed value” of $0.01. There will reportedly be 100 bln tokens issued to the value of $1 bln.

According to Forbes, 85% of the funds attracted in the token presale will be used to purchase assets that will back the tokens. 30% of the total funds raised after the round is closed will be distributed to users through a mechanism designed to motivate the creation of the new supply chain services on the platform.

The expected launch of Citizens Reserve falls in July 2018. Piscini declined to reveal the names of potential consortium members, saying that Citizens Reserve is working with three organizations that are currently providing software to the defense industry supply chain in a centralized manner.

Piscini’s decision comes amid a migration of top executives from traditional tech and financial companies to blockchain and crypto. In December, David Marcus left PayPal and Facebook to be appointed to Coinbase board of directors. Brian Armstrong said Marcus’ “knowledge of both the payments and mobile space” was what would help “guide” Coinbase going forward.

Earlier today, the CFO of Australia’s Commonwealth Bank left to join Block.one, the developer of EOS.IS blockchain software, which launched an initial coin offering (ICO) for EOS tokens in June 2017.