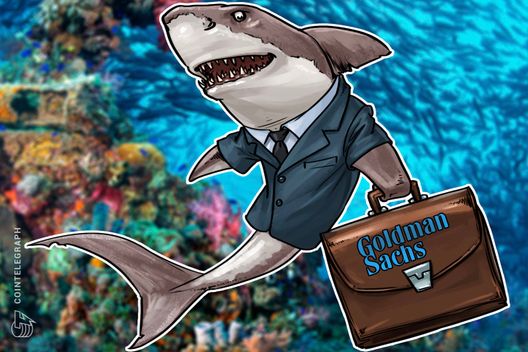 Madigan had worked at Goldman Sachs from 2003 to 2017 as an associate, vice president, and finally as the head of institutional wealth services, a department that managed $1.49 trln worth of total assets in 2017, CNBC reports.

Blockchain.info, which has 24 mln active wallets according to CNBC, added a buy and sell feature for Bitcoin (BTC) – with Ethereum (ETH) and Bitcoin Cash (BCH) promised soon after – in 22 US states in mid-January of this year.

Peter Smith, the CEO of Blockchain.info, said in a statement that "Breanne has a proven track record of adding value to her teams and her clients,” continuing:

“As Blockchain continues to grow its institutional presence, I can think of no one better to help scale our business.”

In what seems to be a growing trend of former Wall Street talent and money moving to the crypto sphere, a report circulated last week that Goldman Sachs executive Richard Kim would be hired as the new chief operating officer of a crypto merchant bank founded and run by former Wall Street executive Mike Novogratz. A little more than a week ago, George Soros’s Fund Management has been reported to soon begin trading in crypto, and the Rockefeller’s venture capital arm formed a partnership with a crypto investment group to support Blockchain and crypto innovation.