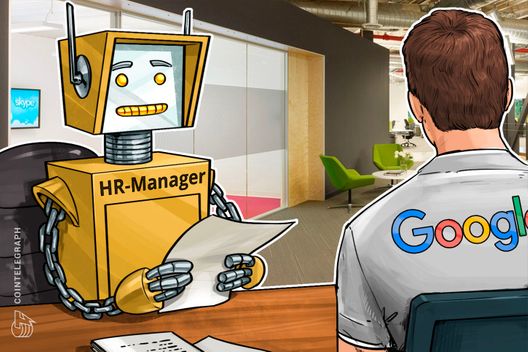 The xGoogler Blockchain Alliance seeks to bring both current and former Google employees who share a common interest in Blockchain.

Three former Google employees have joined together to create a community, the xGoogler Blockchain Alliance (GBA), for all ex-Googlers interested in Blockchain, according to a press release published Sunday, April 15.

Ex-Googlers and Chinese Blockchain community leaders Hitters Xu, founder of Blockchain platform Nebulas, Daniel Wang, founder of decentralized exchange and open protocol Loopring, and Andy Tian, CEO and founder of Gifto, were inspired to create the GBA because of the growing demand for Blockchain developers.

The GBA will “serve as a collaborative space for inquiry, dialogue and development regarding blockchain technology for Googlers,” according to the press release. Tain noted that

"Google has always been in the forefront of new technologies worldwide, from Android to AI.  As Googlers, we can bring our unique experiences to expand [B]lockchain's influence, to everyone, everywhere."

GBA, which will “incubate high quality [B]lockchain projects by ex-Googlers,” is working in the Bay Area, Beijing, and Shanghai, but seeks to expand anywhere where there are Googlers and ex-Googlers interested in Blockchain.

Google has shown both an inability and a tendency to support Blockchain and cryptocurrencies.

In mid-March, Google announced that it would ban all cryptocurrency related advertising on Google Adwords, while a week later, the company reported it was working on two Blockchain products for a “tamper proof” ledger system and a cloud operations platform.