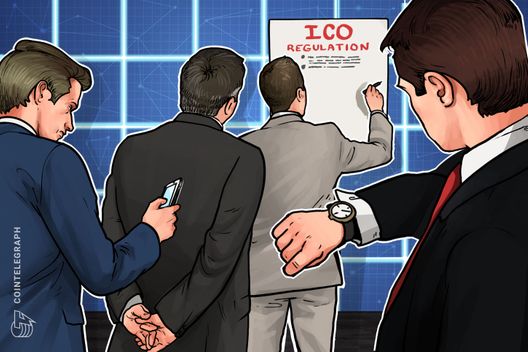 During an EU event, Aeternity’s Julio Alejandro claims that there is “no way to legislate” ICOs besides banning crypto exchanges.

At the recent EU event entitled “Regulating ICOs — Is the Crowdfunding Proposal what we were looking for?” the attendees examined the potential complications currently arising in the ICO industry.

Ashley Fox, a British Member of the European Parliament, pinpointed three main issues to consider at the meeting: challenges faced by ICOs in raising capital, the existing regulatory approaches on the matter, and the future perspectives of the industry.

In his testimony, Peter Kerstens, chairman of the the European Commission's Taskforce on Fintech, pointed at the “dramatic increase” of ICOs’ volumes in 2018, despite the increasing number of reports on fraudulent ICO projects. According to Kerstens, the growing figures mean that ICOs are “very interesting and promising vehicle instruments” for raising capital.

Kerstens stressed the fact that while the ICO industry faces mainly similar problems with other traditional funding activities, it is still different in terms of the amount of money that can be raised. As a major benefit, Kerstens stressed that while it is “extremely hard to raise millions of euros for a startup,” it is “not that hard” for an ICO project.

Addressing the issue of the main differences between ICOs and crowdfunding, Kerstens stressed the fact that ICO tokens are not “intermediated,” which means there is no third party between issuers and investors, posing the main subject of concern.

According to Kerstens, most of the aspects of ICOs “cannot be covered by crowdfunding proposals” due to the multiple differences between the industries as well as the uncertain status of ICOs as financial instruments, among other reasons.

Turning to the question of ICO regulation, Aeternity’s global communications expert Julio Alejandro has provided a “very original contribution,” claiming that there is no way to stop an ICO project from creation except by banning crypto exchanges.

Alejandro claimed that “you can complain, you can cry, you can believe,” but “the only way that you can actually stop an ICO from creation is stopping an exchange,” adding:

Alejandro then stressed the benefits of the ICO industry that are highly valued by the crypto community, such as an ICO’s anonymity, borderless character, mutual transparency, and ability to operate without an intermediary.

Alejandro further stated that if any centralized organization “tries to regulate ICOs in some sense,” the industry would become “obsolete” from its technical perspective.

On September 7, economic and financial affairs ministers from the EU’s 28 member states are set to hold a meeting on the challenges posed by digital assets and the possibility of tightening regulations. The event, scheduled to take place in Vienna, Austria, will discuss the main issues around crypto, such as tax evasion, terrorist financing, and money laundering.