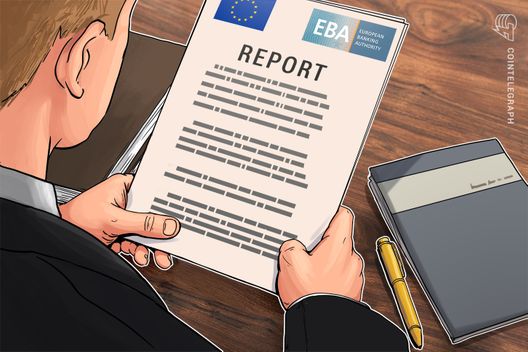 A European regulator has released a report on DLT usage in the financial sector, stating that the technology still struggles with legal uncertainty.

The European Banking Authority (EBA) has published a report, which analyzes the opportunities and risks emerging for financial institutions in using distributed ledger technology (DLT).

In the report released July 3, the banking regulator analyzes the impact of fintech and DLT on financial institutions, examining two DLT use cases in international trade and so called “digital identity.” The EBA defines “digital identity” as the “information used to represent an entity in an informational system.”

The EBA starts with an extensive explanation of the ways DLT can be applied in the field of international trade transactions and streamline the process of their settlement in particular. The report says that DLT and smart contracts provide a range of opportunities, the most promising of which are the potential efficiency gains, conservative management of costs, and lower risk of duplicate financing and manipulation of documents. It explains:

“DLT enables a common and almost real-time view of a trade transaction stored in a shared ledger for all participants involved, creating a level playing field for all parties and eliminating their reliance on paper instruments exchanged among them. A shared view could rationalise the manual effort and reconciliation processes, with consequent savings in time, money and resources.”

The regulator further mentions that currently the use of DLT and smart contracts pose a number of risks due to “immaturity of these technologies” and “legal and regulatory uncertainties.” The report notes a potential conflict of laws if DLT nodes are located in different jurisdictions:

“For example, a digitally signed contract might not be enforceable in all the jurisdictions. It is essential to establish the applicable jurisdiction, in case of conflict, and the dispute mechanisms, when a dispute arises.”

When it comes to “digital identity” and customer due diligence (CDD), the EBA says that DLT could facilitate the storage and continuous update of corporate customer data in a single place:

“This means that additional information required by the institution to meet the enhanced CDD requirements where the customer is considered high risk, may already be saved on the platform by other participating institution.”

The EBA stipulates that, despite the fact that DLT is generally perceived as more resilient than traditional systems, it still could pose “Information and Communication Technology availability and continuity risks caused by nodes or the whole network being collapsed maliciously, which could prevent the validation and sharing of transactions.”

Last month, the CEO of Spanish bank BBVA said that blockchain technology is “not mature” and faces major challenges. Similar to the report from the EBA, CEO Carlos Torres expressed concerns over possible compatibility issues with tax authorities and financial regulators in various jurisdictions. Torres added that, despite its challenges, the technology deserves thorough exploration.