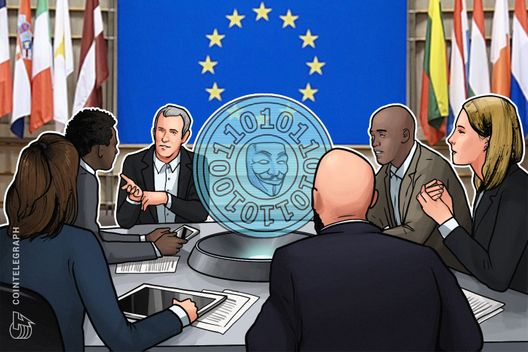 According to Spanish news outlet La Vanguardia, today the 28-member bloc formally ratified the new legislation, which the European Parliament had approved last month. The new rules will reportedly be published in the Official Journal of the EU and the member states will have 18 months to transfer them into their national legislation.

Authorities are specifically targeting anonymity in the use of cryptocurrencies, such as Bitcoin, along with the use of consumer banking products, such as prepaid cards.

Once it comes into effect, entities such as cryptocurrency exchanges will have to abide by AML guidelines, which will likely include full customer verification, according to the content of the package passed in April.

Cointelegraph reported at the time of the Parliament approval that “threats to our citizens and the financial sector” formed the major impetus behind the overwhelming support for the laws.

“This legislation helps address the threats to our citizens and the financial sector by allowing greater access to the information about the people behind firms and by tightening rules regulating virtual currencies and anonymous prepaid cards,” MEP Krišjānis Kariņš said in an accompanying press release.

While the impact on the cryptocurrency sphere in countries governed by EU statutes will become clear later, just last week, two exchanges themselves lobbied for regulations to become more set in stone.

Eric Demuth, CEO of Austrian platform BitPanda, said formalization of as much of the industry as possible would let operators “know where they stand.”