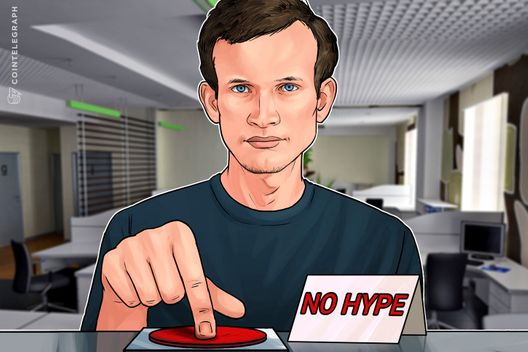 Ethereum co-founder Vitalik Buterin has hit out at Blockchain platform Tron, among others, telling mainstream media April 18 it was an example of “projects that never had a soul.”

Speaking to the Financial Times along with comments which ranged from Ethereum’s success to his views of “the Establishment,” Buterin focused on the rapid rise of ERC20 standard tokens using his network’s blockchain.

“There’s projects that never had a soul, that are just like, ra-ra, price go up. Lambo, vrromm, buybuybuy now!” the publication quotes him as explaining.

Following an unpublished “critique” of the Chinese platform Tron, Buterin then described its token’s market cap, which at one point in January hit $17 bln, as an example of a valuation that is “far ahead of what this space has actually accomplished for the world.”

Tron had come under suspicion from various sources as it began to accrue huge investments without issuing a functioning product at that moment, its testnet implementation only being announced earlier this month.

Buterin’s words echo those of various cryptocurrency investors who continue to eye major altcoins with an air of distrust.

Last week, it was the turn of smart contracts platform EOS to feel the pressure from Dogecoin creator Jackson Palmer after its mainnet launch announcement produced gains despite the token itself having no official uses.