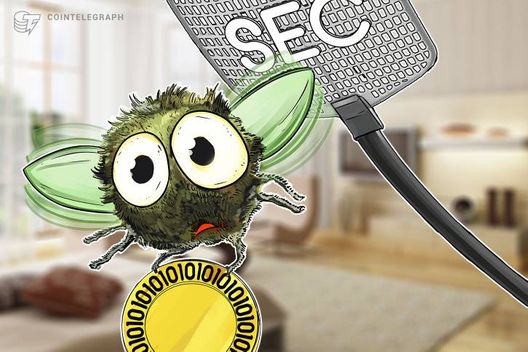 William Mougayar, advisor to the Ethereum Foundation, claims that the SEC is “trying to fit a square peg into a round hole” regarding crypto regulation.

William Mougayar, author of "The Business Blockchain" and advisor to the Ethereum Foundation, said in an interview with CNBC May 18, that regulators lack a foundational understanding of cryptocurrencies.

Speaking to CNBC, Mougayar explained that in an attempt to regulate digital currencies, the US Securities and Exchange Commission (SEC) lacks an understanding of the core nature of the industry, trying to apply a one-size-fits-all approach:

“The SEC is still trying to educate themselves, not just educate the public … Right now they are still grappling with it and for them the box that they play in is that they see all these cryptocurrencies as a security. But in reality not everything is a security. They want everything to play in that box.”

Answering a question about whether the SEC wants to keep digital currency classified as a security, specifically so they can regulate it, Mougayar responded:

“Exactly. That’s their box, the box they play in. They see everything as a security and they are trying to fit a square peg into a round hole, but not everything is a security right now."

Regarding Twitter CEO Jack Dorsey’s recent statement that Bitcoin (BTC) will be the native currency of the Internet, Mougayar said that he considers BTC one of the native currencies, but “it’s not going to be the only one, there will be others.”

Mougayar stated that Ethereum (ETH) will “definitely” overtake BTC because it has the “largest ecosystem of developers and start-ups, and venture capital, and all kinds of support going around it.” He said:

“What’s important is not just the technology itself - it’s who is using it.”

Mougayar further explained that currently, cryptocurrencies are underused in their capacity as utilities with real use cases, where they would serve a real purpose and not merely be speculatory instruments. He pointed out that 53 percent of Ethereum transactions are on smart contracts. According to Mougayar this shows that it is “not just as a currency, [but] a utility.”

Recently, the Office of Investor Education and Advocacy at the SEC launched a fake initial coin offering (ICO) website, the goal of which is to increase awareness of the typical warning signs of scam ICOs and to promote investor education. According to the SEC Chairman Jay Clayton, the regulator supports the adoption of new technologies, but it also encourages investors to educate themselves and understand what fraudulent offers look like.