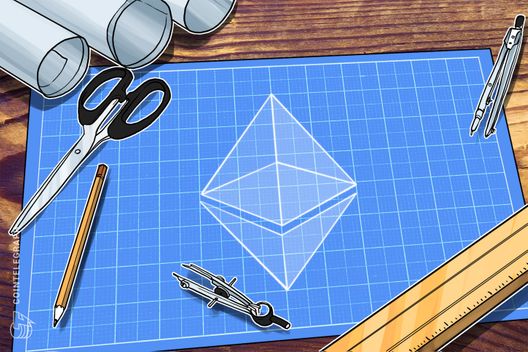 Developers of Ethereum (ETH), the largest altcoin by market capitalization, have published Ethereum Improvement Proposal (EIP) #1011 on Friday, April 20, to create a hybrid system of consensus that seeks to push the network away from issues associated with crypto mining.

The proposal consists of specifications for implementing the Hybrid Casper the Friendly Finality Gadget (FFG) network update, which will combine Proof-of-Work (PoW) with Proof-of-Stake (PoS) consensus, with the goal of eventually transitioning to PoS.

As the EIP documentation states, one of the parameters of the upgrade reduces the block reward for miners to 0.6 ETH from the current 3 ETH:

“The PoW block reward is reduced to 0.6 ETH/block because the security of the chain is greatly shifted from PoW difficulty to PoS finality and because rewards are now issued to both validators and miners.”

According to Ethereum News, the Casper update is “possibly the most significant” change to the network to date.

In the “Motivation” section of the proposal, Ethereum devs made it clear that the ultimate goal of the upgrade is to move the network from a PoW to a PoS system, stating:

“Transitioning the Ethereum network from PoW to PoS has been on the roadmap and in the Yellow Paper since the launch of the protocol. Although effective in coming to a decentralized consensus, PoW consumes an incredible amount of energy, has no economic finality, and has no effective strategy in resisting cartels. Excessive energy consumption, issues with equal access to mining hardware, mining pool centralization, and an emerging market of ASICs each provide a distinct motivation to make the transition as soon as possible.”

PoW is the original consensus algorithm in a Blockchain network, with its most famous application in Bitcoin (BTC) cryptocurrency. With PoW consensus, miners compete against each other to verify transactions on the Blockchain network, and get rewarded in the crypto they are mining.

Proof of Stake (PoS) was first introduced by Sunny King and Scott Nadal in 2012, intending to solve the problem of Bitcoin mining’s high energy consumption and other issues, suggesting another mechanism for transactions verification that would choose the nodes according to the amount of coins held by a person on a digital wallet.

Earlier in April, Cointelegraph reported that Ethereum developers were considering a hard fork as a solution to invalidate ETH-mining ASICs. Eventually, the devs decided to abandon the idea in favor of Casper FFG rolling out. “This is not bitcoin, miners are not in control, if they get evil, we’ll just speed up Casper’s development,” Ethereum’s co-founder Vitalik Buterin was quoted as saying at an Ethereum Core Devs Meeting in early April.