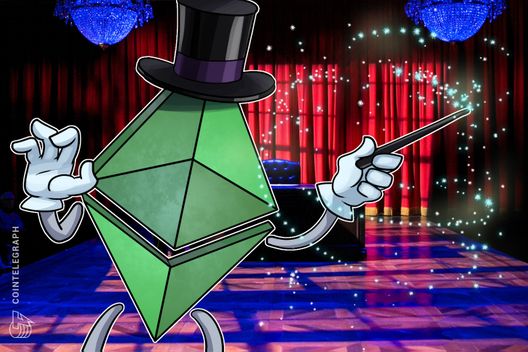 Ethereum Classic claims a successful network upgrade has been implemented at block 5,900,000 to ensure that mining will stay viable in future.

Ethereum Classic (ETC) has now successfully implemented a protocol upgrade that will ensure that mining remains viable in future, according to ETC Block Explorer data yesterday, May 29.

The fork, dubbed ECIP-1041, has removed the so-called “Difficulty Bomb” feature from the ETC network at block 5,900,000. The ‘bomb’ was a component of the original Ethereum (ETH) code that was designed to exponentially increase the difficulty of mining to the point where it would become impractically slow, thereby triggering the need to transition to a Proof-of-Stake (PoS) consensus algorithm. This feature has commonly been referred to as the ‘Ethereum Ice Age,’ because it would essentially ‘freeze’ block validations.

Ethereum Classic formed after Ethereum hard-forked from the original blockchain in 2016 over disagreements in how to handle the DAO hack.

The ECIP-1041 protocol upgrade will not result in an AirDrop, nor in the creation of a new token.

For its part, in October 2017 Ethereum acted to postpone the difficulty bomb by over a year, as the Foundation continues to lay the groundwork for the transition to its hybrid PoS system, Casper.

Once Ethereum moves to PoS, ETC’s network – which reportedly has no plans to transition to PoS – could potentially hope to inherit a significant part of the mining hashpower dedicated to ETH in its current form.

The PoS-PoW debate continues to divide the crypto community. Just this week, a Brazilian researcher calculated that it could take just $55 mln to hack Ethereum Classic’s network to make $1 bln profit, arguing that the network’s PoW algorithm was more vulnerable to a 51% attack than previously assumed.