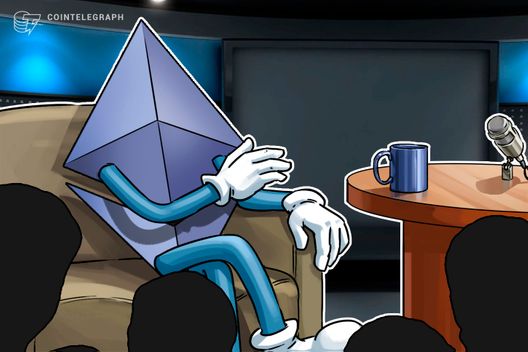 The EEA is a group of companies focused on improving the privacy, scalability and security of Ethereum blockchain applications. Formed in February 2017 by Santander, JP Morgan and a number of other founders, the organization has grown to over 500 members by 2018.

The EEAS, which the EEA has been developing for a year and a half, will serve as a “framework element of the world’s decentralized operating system,” according to Ethereum co-founder Joseph Lubin.

Speaking to Cointelegraph, EEA head Ron Resnick explained the importance of having a standardized architecture:

“Basically, this conceptual framework characterizes and standardizes all the components from the EEA Ethereum ecosystem, and it extends the concept in technologies from the public Ethereum as the part of our enterprise Ethereum spec. So it’s all the building blocks that we now organize in a framework, which creates an architecture that software programmers can build their solutions.”

Following the release of the EEAS will be a TestNet and a certification program that will allow a “higher level of confidence” for enterprise operations.

Resnick was appointed head of the EEA as its first executive director in January of this year, coming from a background of work in the telecommunications industry and the Airfuel Alliance. The alliance includes founding members JPMorgan and Santander, newer members like Mastercard, Intel and Microsoft, and a number of Ether investors and Blockchain startups.

Founding EEA member from Santander, heading Santander’s R&D for Innovation Initiatives as well as serving as chairman of the EEA, said in the press release sent to CT that "the Alliance’s mission from day one has been to build the framework that could be used to meet all the needs of its members.” Earlier this month, Santander partnered with Ripple to launch a blockchain payment network to cut down on cost and time associated with international transfers.

At the end of March, the China’s IT ministry released a document of objectives for development of the technology sector, including a recommendation for standards in blockchain architectures, “data format specification, interoperability, and smart contracts,” as well as the formation of international standards for blockchain tech.