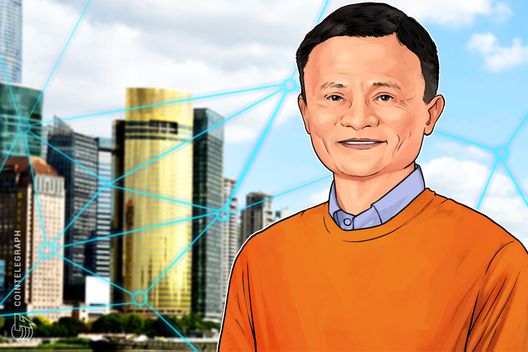 Jack Ma, founder of Chinese e-commerce giant Alibaba, says he has been researching blockchain for years, but thinks Bitcoin is a bubble.

Jack Ma, the founder of Chinese e-commerce giant Alibaba, spoke out at the 2nd World Intelligence Conference in Tianjin, saying that blockchain technology is not a bubble, but Bitcoin is, Wednesday, May 16.

Ma said he has been researching blockchain for years, and believes strongly in its potential to address issues of data privacy and security for society at all levels – governments, corporations and individuals – in an "era of big data.” He stressed that security is a top priority for the e-commerce conglomerate, which reported $39.9 bln in yearly revenue in its latest fiscal Q4 earnings release, and has a trading volume of “trillions of transactions.”

Ma added that regrettably, much of the attention the emerging blockchain industry receives comes from speculators who view blockchain as a “huge gold mine.” Ma was wary of Bitcoin even during its peak in December 2017, reportedly telling CNBC Shanghai at the time:

"I don't know about Bitcoin at all. I'm particularly puzzled. Even if it can really work, the rules of global trade and the financial system will be completely changed. I don't think we are ready. So I'm still paying attention to Alipay… to the US dollar, and the euro. We have a team that studies blockchain, but Bitcoin is not something that I want to pursue. We don't care about Bitcoin."

As early as summer 2016, Ant Financial, introduced blockchain technology to improve accountability in its work with the Chinese charity industry, going on to recruit blockchain experts in the company at large the following year.