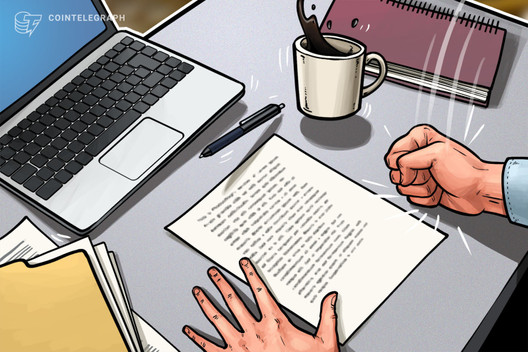 When it comes to transparency, the Electric Frontier Foundation minces no words — Kraken good, Coinbase bad.

The Electronic Frontier Foundation, or EFF, is calling out Coinbase for its lack of transparency. At the same time, the group pointed to Coinbase's rival exchange, Kraken, as an example of responsible behavior. The EFF was founded in 1990 with the goal of promoting internet civil liberties. In today’s post, the EFF said that it has growing concerns about payment processors being forced to turn over user information to the law enforcement, while the public has no mechanisms available to audit those requests:

“That’s why we are calling on Coinbase — one of the largest cryptocurrency exchanges in the country — to start releasing regular transparency reports that provide insight into how many government requests for information it receives, and how it deals with them.”

It observers that financial data is some of the most private personal information. They say that the way exchanges choose to comply with the governmental requests for such data may have a deep impact on users, noting that crypto users especially value privacy:

“Cryptocurrency exchanges should especially understand the importance of the privacy of this information, as their users tend to prize both the cash-like anonymity of cryptocurrency, and its inherent resistance to censorship.”

The article also pointed to Coinbase’s competitor Kraken as an example of responsible behavior:

“At least one of Coinbase’s competitors, Kraken, has already recognized the importance of being open on this topic, and publicly released information on [the] global law enforcement requests it receives.”

The post mentions that the courts apply a so-called “third-party doctrine” to allow law enforcement to obtain an individual’s financial records from intermediaries like crypto exchanges without a warrant. The assumption is that an individual can expect to lose some of his privacy once he decides to store data with a third-party. This was formulated in U.S. v. Gratowski, the U.S. Court of Appeals for the Fifth Circuit, which also involved Coinbase.

The EFF urged Coinbase to leverage its power and reputation in the cryptocurrency industry to stand up for its users and set an example for other exchanges.