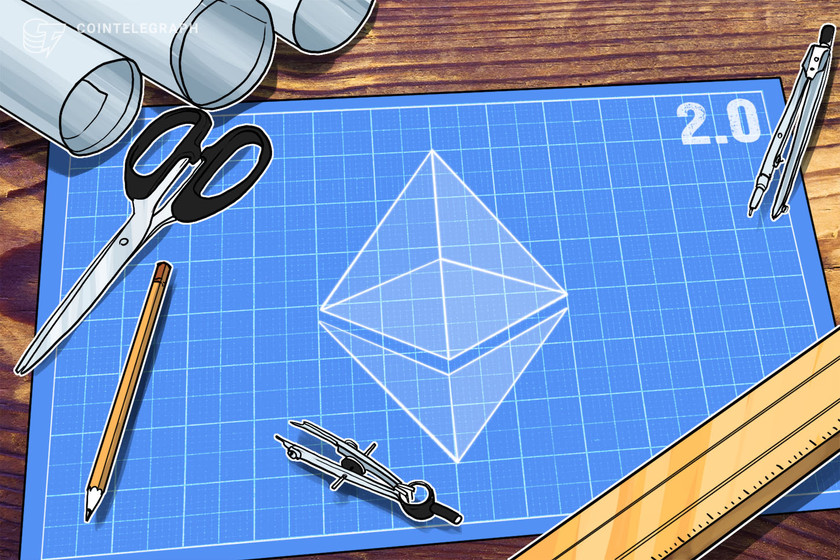 There's buzz that the Eth 2.0 deposit contract appears to have been deployed but there has been no official announcement.

Excitement is stirring in the Ethereum community after the deposit contract was apparently posted on Github, however the lead developers are yet to officially confirm the deployment.

Ethereum developers have warned in the past about the danger of fake deposit contracts, so users should not send any Ether to the contract until after an official announcement.

The repository on Github was posted a few hours ago and appears to have been uploaded by Ethereum Foundation researcher Carl Beekhuizen’s account.

“We have a go for Main engine start”

Crypto Twitter has been taken over by the U.S. election but members of the Ethereum community have been eagerly awaiting anything official regarding the first stage of the long-awaited Eth 2.0 launch. Reddit also features numerous threads about the apparent launch.

Lead developers and community members are yet to post anything on their own Twitter feeds though ConsenSys developer Ben Edgington said earlier today the deposit contract deployment was a matter of hours away.

Despite the title, not everyone is convinced the code therein is actually for the full deposit contract. In response to Ethereum influencer Anthony Sassano posting about the launch, Eth 'freelancer' Osin wrote:

Where is the deposit contract in this commit? This is mostly just wallet generation code and mnemonic import code?

The deposit contract allows ETH to be sent between Ethereum and ETH 2.0, and comprises one of the few remaining updates needed to facilitate the roll-out of ETH 2.0 phase 0. ETH 2.0's beacon chain genesis is expected to take place within weeks of the deposit contract's launch, and will lay the groundwork for proof-of-stake consensus and chain sharding. Users require 32 ETH to stake and become validators, and 16,384 validators are needed to complete the launch of the beacon chain

Following Edginton’s premature announcement in late October that the deposit contract would be launched imminently, there was a delay in deployment as Ethereum 2.0 coordinator Danny Ryan wanted to wait for an audit on a performance and security-focused signature library called blst (pronounced blast). Ryan said earlier today the “Blst library looks good” in response to a question about the staking contract.

In an update posted last week, Edgington reaffirmed that the audit was going well and they were ready to "pull the trigger on everything."

In the earlier update, the developer stated that the Beacon Chain genesis event would be just 6-8 weeks after the deployment of the deposit contract. He also warned about fake contracts;

“Many fake deposit contracts and Launchpad front-ends will erupt in the coming days. Look out for the official announcements: do not send Eth to random contracts; this is not DeFi.”

Danny Ryan and Ben Edgington were contacted for comment at the time of writing but had not responded by the time the story went to press.