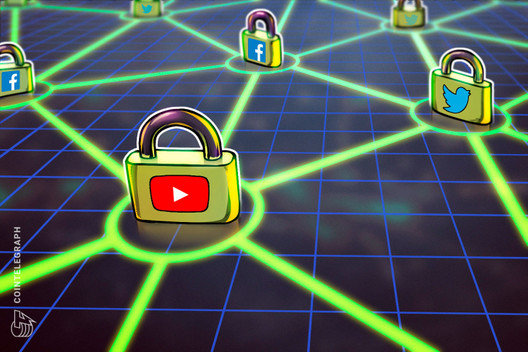 Discussions.app and Telos will collaborate on tools to record Twitter and other social media accounts and contacts to the blockchain enabling migration between platforms.

The first project to come out of the new collaboration will be a decentralized identity system, allowing users to record their accounts and contacts from Twitter and other social networks to the blockchain in the event of a block or ban.

In the social-media age, users spend years growing networks and followers on various platforms, although this work can be destroyed by the sometimes arbitrary-seeming decisions of the networks.

Discussions.app addresses this by allowing users to migrate across platforms without losing their valuable identities and connections. Telos chief architect Douglas Horn explained the problem:

“It seems that every few days I see another unique voice de-platformed and the connections they invested years building pulled out from under them like a cheap rug — especially in the crypto community. Discussions.app empowers individuals to secure their own social networks immune to the whims of Facebook, YouTube and Twitter.”

As Cointelegraph reported, YouTube has arbitrarily banned (and then reinstated) a number of crypto-related channels over the past few months. In May, the platform even pulled the plug on our special livestream of the halving event.

In addition to digital identity management, Telos will provide Discussions.app with options for advanced governance and Ethereum Virtual Machines which can run Ethereum-compatible smart contracts with zero transaction fees.