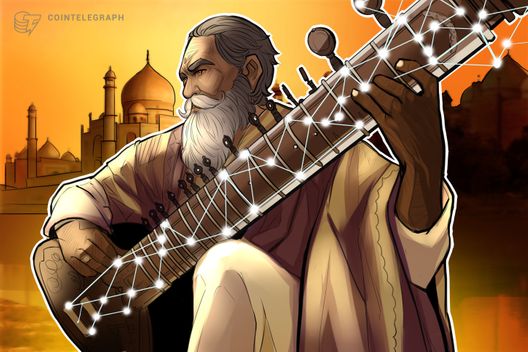 India’s banking system has taken a harsh stance against cryptocurrencies.

On April 5, India’s Central Bank, the Reserve Bank of India (RBI) made a big move in the ongoing global regulatory push on cryptocurrencies as it decided to no longer provide services to any person or business that deals with cryptocurrencies.

Since then, there has been a battle building up, with the latest skirmish set for July 20 – the Supreme Court of India’s next hearing date for the latest petitions against the bank’s decisions.

This decision followed confrontation between banks and Bitcoiners, and also came off the back of the Indian government claiming that “Bitcoin is a ‘ponzi scheme”, and that it lacks intrinsic value.

Many commentators felt this was not a ban in the conventional Chinese sense, because the Indian government also announced that they would support blockchain and even look into potentially launching their own cryptocurrency.

However, as time has gone on, those involved in cryptocurrency in India have felt the pinch of the RBI’s decision to cut ties with them. It has led to a lot of pushback and even court cases amidst crypto businesses closing.

India’s relationship with Bitcoin is rocky at best, but also confusing and convoluted, and well worth examining as so much has happened in just the past few months.

Bitcoin and blockchain in review

India had a very productive 2017 in terms of the growth, adoption, and acceptance of blockchain technology and cryptocurrencies.

One of India’s leading trade associations, ASSOCHAM,  held a global summit on Bitcoin and blockchain in March 2017.

In May 2017, the demand for Bitcoin grew exponentially and abruptly, so much that India’s largest exchanges had to put a limit on Bitcoin purchases due to lack of supply.

In June, Zebpay, one of India’s leading Bitcoin exchanges established back in 2012, became the seventh most popular app in the finance category on India’s Apple app store, even higher than the apps of many national banks.

In October, it was reported that the major Bitcoin exchanges in India were attracting more than 200,000 new users every month.

This was all going on with negative rumbling from the RBI already in the background, as it was issuing warnings throughout the year cautioning people about buying Bitcoin.

The rumbling gets louder

While there was huge growth and interest from individuals and companies in cryptocurrency and blockchain, the RBI was mostly unswayed, and in the government remained similarly unimpressed.

In the hopes of deterring buyers, India’s Ministry of Finance called Bitcoin a ponzi scheme and said it had no intrinsic value, but this was announced only a few days after Bitcoin topped a high of $20,000, and mostly fell on deaf ears.

But those warnings started turning into actions as the banking sector took tangible steps to try to slow down Bitcoin’s growth and progress.

Banks dig in their heels

On January 21, 2018, it was reported that a number of major banks in India had suspended or greatly curtailed functionality on exchange accounts.

State Bank of India (SBI), Axis Bank, HDFC Bank, ICICI Bank and Yes Bank had all taken strong actions against crypto exchanges, either closing accounts or severely limiting functionality. The reason given was the risk of dubious transactions, according to local reports.

On February 14, Citibank India banned its customers from using credit cards to purchase cryptocurrencies. It also took the measure one step further by banning the use of debit cards for crypto purchases, Quartz India reported.

The move by the banks, coupled with a negative mention about Bitcoin by finance minister Arun Jaitley during his budget speech, had an impact as Bitcoin businesses started feeling the heat and were unprepared to operate in such a negative climate.

On February 28, crypto exchanges BTCXIndia and ETHEXIndia then informed their customers via email that they were stopping trading activities, citing the “stress” on their business caused by governmental actions discouraging crypto.

This all led up to the RBI’s big announcement of its ‘ban’. They explained in their statement that the move was justified by the associated risks that the government had been warning against all this time.

Thus, it has been decided that, effective immediately, entities regulated by RBI shall not deal with or provide services to any individual or business entities dealing with or settling VCs. Regulated entities that already provide such services shall exit the relationship within a specified timeframe.

While the news was seen as semi-positive since it was not a direct ban on cryptocurrencies, it was still a blow for India’s burgeoning cryptocurrency environment.

However, a day after the ‘ban’ was announced, hope was slightly renewed as the RBI also said that it was considering creating its own cryptocurrency. RBI Deputy Governor B.P. Kanungo had some positive things to say about the technology. He told The Times Of India:

“Technological innovations, including virtual currencies, have the potential to improve the efficiency and inclusiveness of the financial system. We recognize that the Blockchain technology has potential benefits for the financial sector and we believe that they should be encouraged to be exploited for the benefit of the economy.”

Despite the positivity about the technology and the economic potential cryptocurrencies could offer India, the fact of the matter was that the damage was done, and already the fledgling crypto ecosystem was taking hits as exchanges closed.

This triggered a backlash from Indian citizens as well as some big crypto-influencers.

Tim Draper, the well-regarded tech investor, called the RBI’s decision a huge mistake and warned that it would drain India of cryptocurrency experts, which it would clearly need if it did see potential in the technology.

Furthermore, a petition garnered over 17,000 signatures, urging the RBI to reverse its decision on Bitcoin and cryptocurrency. The reason for signing this petition for many was expressed as:

“It could lead to an increase of irregular cash trading of cryptocurrencies in India. In addition, the ban could take away potential revenue to the government from crypto exchanges, and instigate a crypto market price drop ‘due to the knee jerk reaction in which prices got impacted.’”

This unfortunately was not strong enough to sway the RBI’s decision, which then led to sterner measures being taken.

On April 22, 2018, the High Court of Delhi reportedly issued a notice to the RBI, the Ministry of Finance, and the Goods and Services Tax (GST) Council alleging that RBI’s decision to end dealings with crypto businesses violates the constitution.

However, as this issue began to climb up the judicial ladder, it was halted when the Supreme Court of India was called upon. On May 12, the Supreme Court declined to grant an interim injunction against the RBI.

Later on, the Supreme Court came forward again and said that no petitions could be filed in any High Court of India against the RBI crypto decision. This decision will be in place until July, when the Court will set a hearing date for the existing petition on July 20.

What’s happening on the ground floor?

For all the rumbling coming out of India from court battles and petitions to these bans on dealing with crypto, it is always important to see how the news is affecting the crypto-users on the ground floor.

Evan Luthra, an Indian cryptocurrency investor and entrepreneur, spoke to Cointelegraph about what is going on, and how the government is really just looking to play it safe.

“What most people need to understand is that the views and opinions of a few people in the government don’t make a law,” Luthra told Cointelegraph. “The Indian government is just trying to play it safe and actually bringing light to the whole industry.”

“The process taken by the government is not the wrong intention. It is for putting a stop to people who are doing scams and running ponzi schemes. The actions taken will only slow down the process but it cannot stop the adoption. That's the beauty of decentralization, that it cannot be stopped or controlled by any central authority. If people choose to adopt Bitcoin, crypto, or Gladage, or any other token, for example, directly without converting into fiat, it will next leap in the industry.”

“The government has only put a stop to conversion into fiat but they are actively promoting the technology. Even the Prime Minister is going out in public and explains the benefits of adopting the technology. In the coming days things will get much better even on the regulatory side.”

Luthra’s point, that the government has good intentions, does make sense. However, their implementation is rubbing people the wrong way in the short term. Still, down the line, when this move has cleared away scams and ponzi schemes, perhaps it will be viewed in a better light.

It is a baffling situation that the Indian cryprocommunity finds themselves in as their central bank is slowing the progress of Bitcoin, blockchain, and cryptocurrencies in general. The government does not have a positive outlook on crypto, but they are not banning it.

Rather it is being choked out by the banking system which is now under pressure from the community, who is involving the courts. India is fighting internally about the future of cryptocurrency with even the banks admitting that there is a lot of promise in the technology.

The next step in India’s battle for cryptocurrency legitimacy will come on July 20, when the courts sit down and look over the new petitions, but until then, the cryptocummunity has to try to survive even with the banking squeeze.