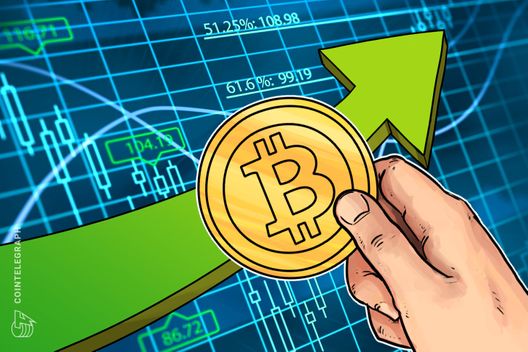 Crypto markets are seeing a wave of decent growth, with all of the top twenty cryptocurrencies by market cap in the green.

Monday, Nov. 5: crypto markets are seeing a wave of decent growth, with all of the top twenty cryptocurrencies by market cap in the green, as data from Coin360 shows.

Bitcoin (BTC) is today up close to two percent, trading around $6,400 at press time. Since sustaining mild losses Oct. 29-31, the top coin has in early November been edging close to the $6,400 mark, but failed to break through until today’s solid boost.

In a tweet today, crypto commentator Joseph Young underscored the comparatively higher trade volumes for Bitcoin, which are today at around $4.4 billion for the 24-hour period, according to CoinMarketCap (CMC). CMC’s historical data shows a trend of rising BTC trade volumes, which had stagnated towards $3.2-3.6 billion multiple times in October – notwithstanding the market rally Oct. 15, when volumes briefly spiked to almost $7.4 billion.

On the week, Bitcoin is now around 2.2 percent in the green, with monthly losses at 3.3 percent. 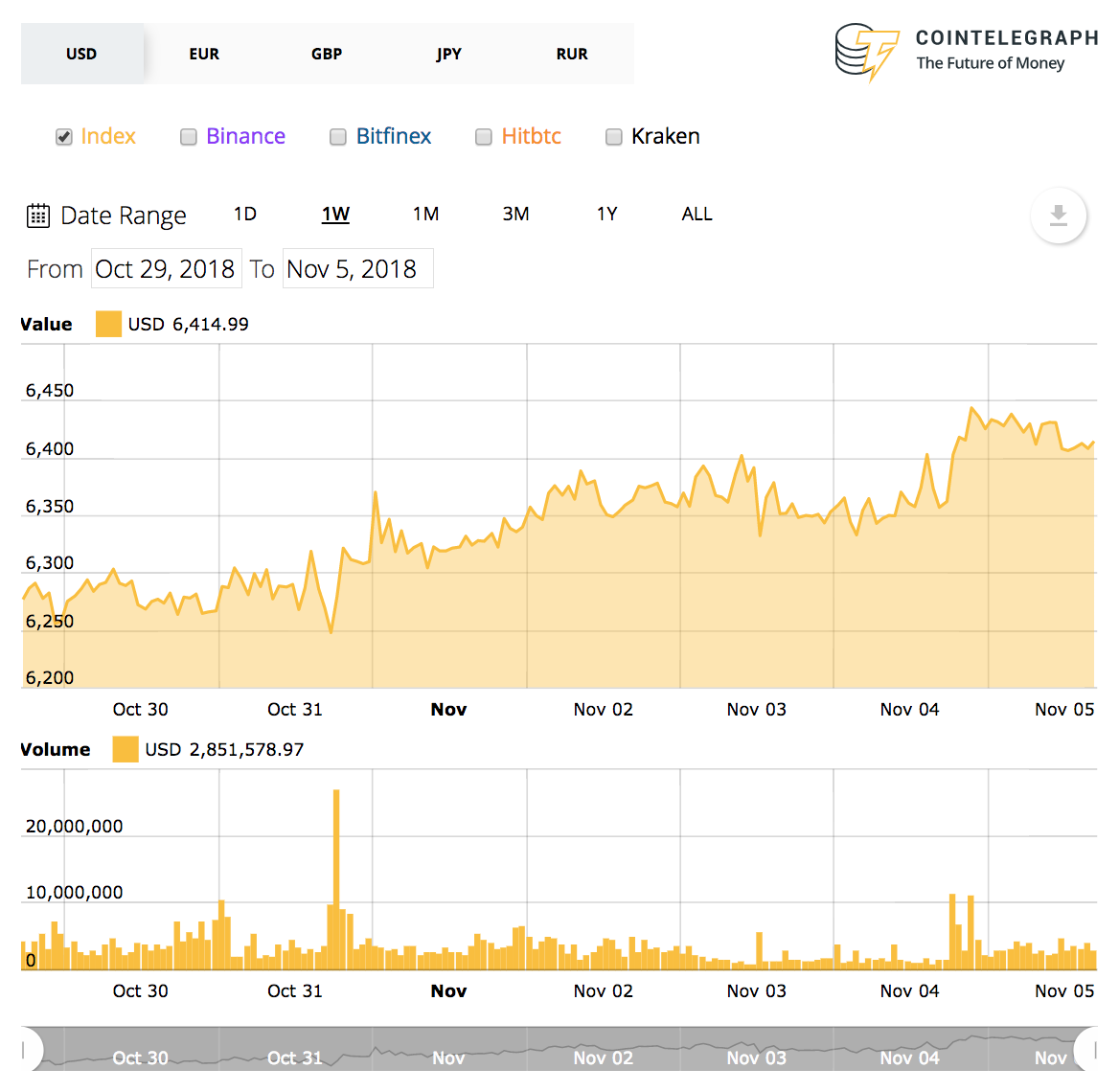 Ethereum (ETH) has been the strongest 24-hour performer among the top ten coins, seeing around 5 percent growth on the day to trade just under $210. Despite seeing lacklustre sideways trading in recent weeks and even some mild losses since it’s rapid price plummet Oct. 10-11, the leading altcoin has seen strong upwards momentum over the past 24 hours.

On its weekly chart, Ethereum is an impressive almost 8 percent in the green; on the month, the coin is about the same amount in the red, down 7.7 percent. 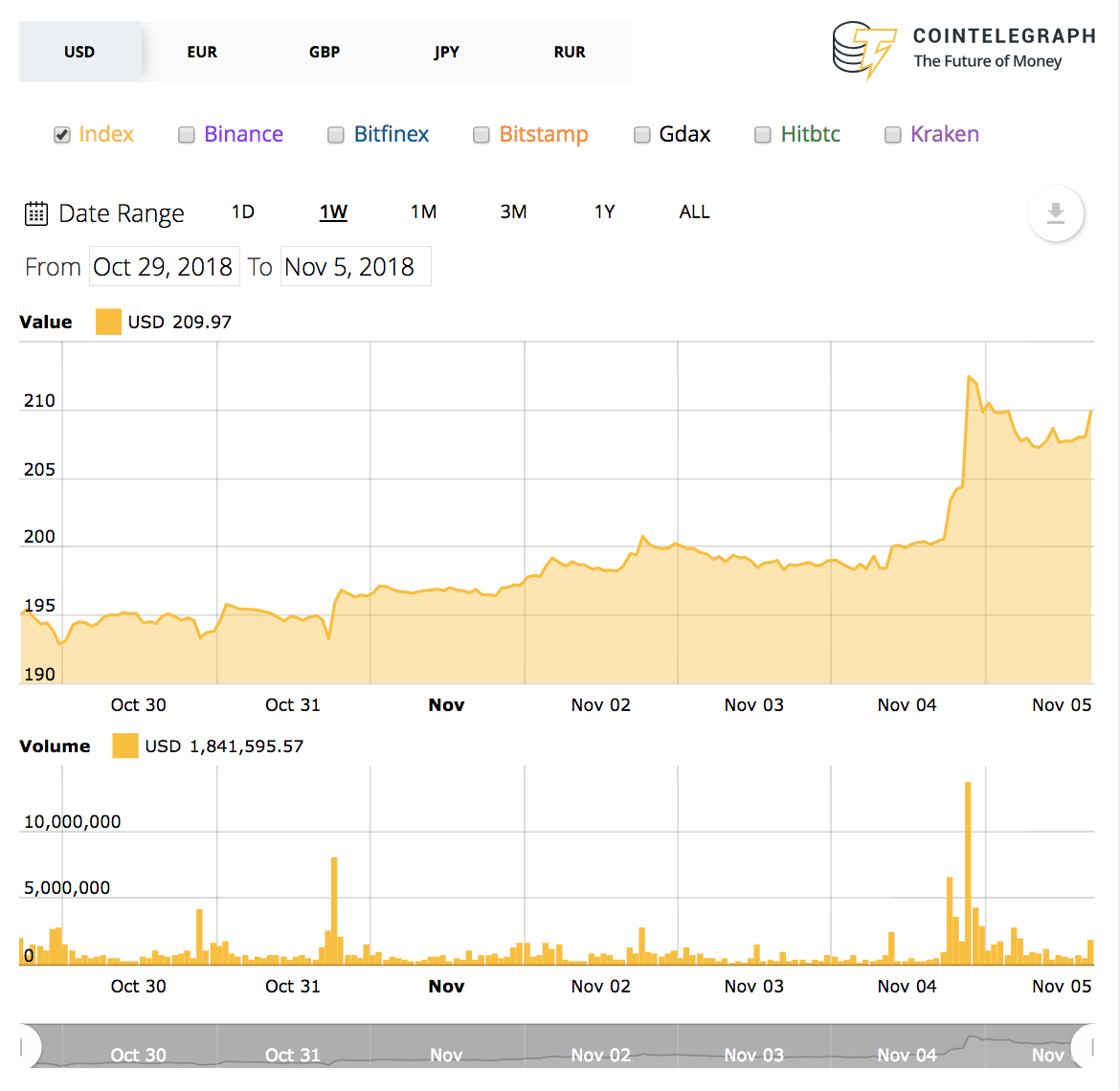 The remaining top twenty coins on CoinMarketCap are all in the green, mostly within a 1-3 percent range. After Ethereum, the strongest performer is DASH (DASH), up almost 5 percent at $168.

In the context of the top twenty coins, Bitcoin Cash (BCH) and IOTA (MIOTA) are both up a strong 3 percent. The 20th largest altcoin Vechain (VEC) is pushing 4 percent growth to trade at $0.01.

Earlier today, major Hong Kong-based cryptocurrency derivatives platform BitMEX announced it has launched a network monitoring tool for both Bitcoin and Bitcoin Cash, dubbed ForkMonitor.info, which it describes as “useful for monitoring the situation during network upgrades (softforks or hardforks). The release has been explicitly timed to coincide with the Bitcoin Cash hard fork, scheduled for Nov. 15.

Total market capitalization of all cryptocurrencies is around $212.66 billion as of press time, up from $203.5 billion at the start of the weekly chart.

Securities lawyer Jake Chervinsky emphasized on crypto twitter that today’s date, Nov. 5, is the deadline for the public to submit statements to the U.S. Securities and Exchange Commission (SEC) as part of the Commission’s review of various – previously rejected – Bitcoin ETF proposals.

Some crypto industry figures, including CNBC’s Ran NeuNer in a tweet Friday, have implied that the Nov. 5 deadline pertains to an actual SEC decision, which, as Chervinsky notes, is not the case.