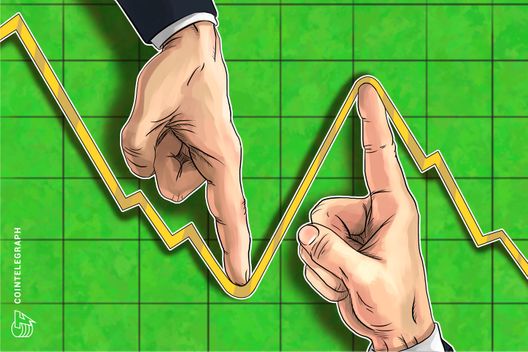 Crypto markets continue to see mixed signals, but hold recent gains today, July 6, according to data from Coin360. All but one of the top ten coins on CoinMarketCap are seeing only minor fluctuations over the past 24 hours to press time. Bitcoin (BTC) is challenging $6,600, trading at $ 6,650 at press time, up just about 1 percent over the 24-hour period. The leading cryptocurrency holding gains made since June 30, solidly trading above the $6,300-6,400 resistance level, which market research firm Fundstrat’s Robert Sluymer says the coin needs to “rally through” to reverse its existing downtrend. Leading altcoin Ethereum (ETH) is up over two percent over the past 24 hours, trading at $470 at press time. ETH is also holding gains made during the market uptick June 30, which saw the coin rise up from near $400. 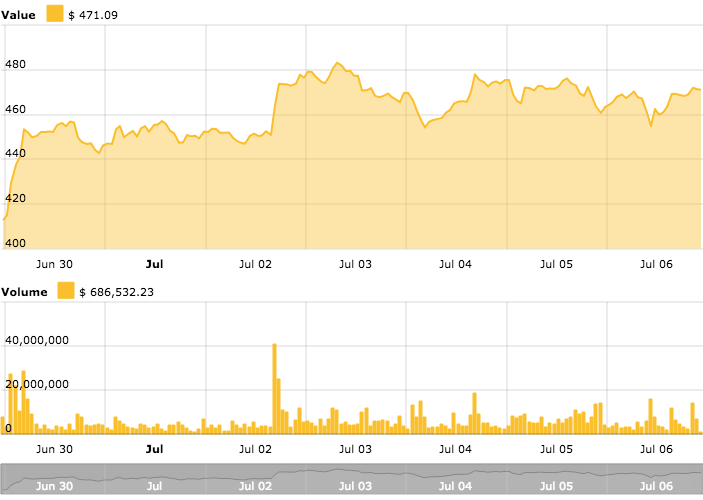 Total market capitalization of all cryptocurrencies is at about $269 billion at press time, up from its intraday low today of $261 billion, but down from yesterday’s $273 billion. Of the top twenty coins on CoinMarketCap, NEO (NEO) and IOTA (MIOTA) have seen the biggest losses over the past 24 hours.

NEO, which saw substantial growth of around 8 percent yesterday, is back down about 7 percent on the day and trading at $37.54. Though down today, the coin has seen a whopping 33.5 percent growth over the past week. July 4, the NEO network reported that it was beginning the decentralization of its Mainnet.

MIOTA is also down about 7 percent on the day, trading at $1.06 at press time. The altcoin has also however seen growth this week, up around 17 percent over the past seven days.

In terms of the top gainers, Tezos (XTZ) has seen the most growth over the past 24 hours. The coin is up 9 percent on the day, trading at $1.81 per coin. Cointelegraph recently reported on the story of the controversial project, which raised a then record-breaking $232 mln in its Initial Coin Offering (ICO) and has since been the subject of multiple controversies.

Ethereum Classic (ETC) is also up notably, seeing 8 percent growth on the day to press time and trading at $18.27.

Yesterday, July 5, Fundstrat’s Tom Lee reiterated his January prediction that Bitcoin could be worth between $22,000 and $25,000 by the end of 2018, a calculation made based on the cost of mining.