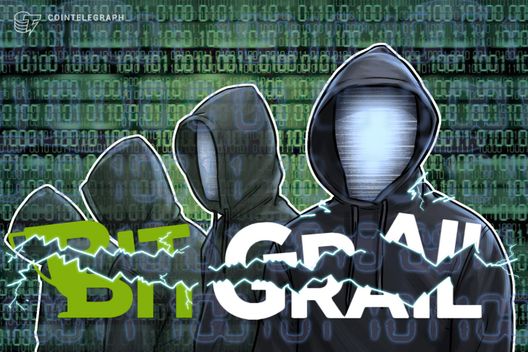 Previously hacked crypto exchange Bitgrail opened yesterday, only to be closed by a court in Florence after three hours.

Recently hacked Italian crypto exchange Bitgrail tweeted Wednesday, May 2, that they reopened their exchange, only to report its temporary closure three hours later.

We have temporarily disabled the BitGrail exchange pending further notice.

Bitgrail posted a statement on its website later that day in order to explain the reason for the abrupt shutdown, which they “don’t agree with”:

“This morning, following the re-opening, we were notified of a deed by the court of Florence requesting the immediate closure of BitGrail and this situation will persist until a decision is made by the courts, about the precautionary suspension request made by the Bonelli law office on behalf of a client.

Even though we don't agree with this decision, we are obliged to respect the law and to suspend any BitGrail business immediately.”

On Feb. 8, 17 mln coins of cryptocurrency Nano – now worth around $136 mln – were discovered missing from the Italian exchange. The loss led to controversy between Nano developers and BitGrail’s owner and operator, Francesco “The Bomber” Firano, after the developers reported that Firano had reportedly asked for the Nano ledger to be altered to cover the losses – a claim Firano denied.

It is still unclear where the fault for the hack lies – either subpar security from Bitgrail or an issue with Nano’s blockchain – but a mid-March update from Bitgrail noted that users would be refunded as long as nobody sued.

At the beginning of April, a US class action suit was filed against the Nano developers that alleges that Nano’s core team illegally sold unregistered securities as well as negligently misrepresented the reliability of crypto exchange BitGrail. The lawsuit asks that a hard fork be implemented to restore users’ funds.