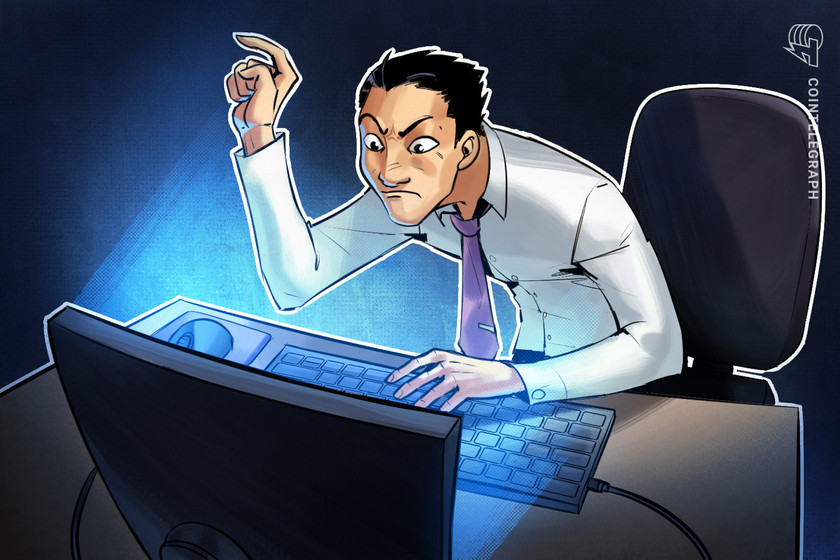 Crypto.com’s five million user milestone has been overshadowed by 70% reduction in staking rewards for its native CRO token.

Crypto.com has seen accelerated growth since the platform hit one million users in Sep 2019 and tripled its user base over the following nine months.

Crypto.com co-founder and CEO Kris Marszalek said the company plans to continue “aggressively” increasing its user base, noting that the platform is targeting 15 million users “by the end of 2021,” adding:

“Our longer term strategic goal is to reach 100m users in the Crypto.com ecosystem within 5 years.”

Not every one of those five million users are celebrating the milestone, with the news coming hot on the heels of a 70% reduction in staking rewards for its CRO token announced 24 hours earlier.

Users with 5,000 or more CRO (approx. $690) staked for 180 days can now only earn 6% per annum. Prior to the change, users could earn 20% on staked CRO under the same conditions. Disgruntled users have taken to Twitter to voice their opinions, with Twitter user “LtcFanboy” stating:

“I've been noticing every time @cryptocom reaches an achievement they cut the limits earning by a massive %. That seems to be their model.”

The company’s large marketing budget is likely a major contributor to Crypto.com’s rapid growth, with the company recently burning seven-figures in a single marketing campaign. The campaign titled “The Syndicate Anniversary Special” offered $2 million in Bitcoin to 25,000 users at 50% off, with an additional $120,000 given away in a Twitter event.

Marszalek explained in a tweet that the high rewards to date were essentially a loss leader to attract users, and needed to be curbed:

“We are working on balancing high growth with becoming profitable, hence recent reductions in incentives to make it sustainable.”

The Crypto.com exchange, launched in Nov 2019, has a current trading volume of only $33 million, according to CoinGecko. It is unclear how many of the five million users use the exchange as opposed to only using the popular debit card feature.