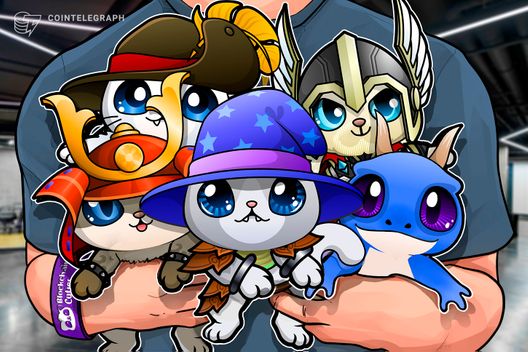 Collectible crypto game offers players the chance to get together to fight common enemies and earn rewards.

The crypto collectible game, Blockchain Cuties, has announced Raid Boss Battles, a new everyday server event. The game promises winners will get unique ERC-20 CUTE tokens as rewards, according to their input in winning.

In the new battle, there is one common enemy which is a Raid Boss, a special powerful Cutie who has unique abilities. All of the players (the main requirement for them is to be level 5+ Cuties) will be able to stand against the foe. The Raid Boss can be an Ancient Black Dragon, a Crystal Ether Monster, or a Wasteland Knight.

Еach of the Raid Bosses is always a tailored experience that can be beaten by any Cutie eligible to fight it. In order to win, the user has to be aware of the Raid Bosses weaknesses which can be activated by sending a proper pet into a battle. This weakness changes every day. For example, if today’s Raid Boss can be beaten by Fire elements and Dog Cutie it makes sense to send dogs with strong fire element values to the battle. The players have to choose different Cuties for every raid. Each Cutie can participate in the raid once in 24 hours. The players also have to keep in mind an additional challenge: the Raid Boss is always six times stronger than the Cutie which is sent to battle it.

The only way to obtain items and immense power in this game is to use CUTE tokens. All of these crypto coins can be stored in a special Blockchain Cuties wallet (BC wallet). The company has offered an internal wallet to users for authentication and in-game transactions since July 2018. It was the first time a game has presented such a feature. All of the data from the wallet is saved on the user’s side, in their browser’s local storage.

Besides this local wallet, players can still store their credentials and access “outside” — in apps designed especially for collectibles. For example, crypto wallet provider Lumi has released a separate platform that can run on Android and iOS devices. The previous app solutions were based on built-in browsers. Lumi’s wallet allows owners to keep their assets based on Ethereum from games such as Blockchain Cuties. In addition to storing their collectibles, users can also exchange them. The app shows how much those assets are worth in BTC, ETH, and U.S. dollars.

Blockchain Cuties is a game where players collect pets and cute animals such as puppies, lizards, bear cubs, or fantasy creatures. Each digital pet is unique and has a value in cryptocurrency. It can be sold or transferred to another player like regular tokens. Players can also level their Cuties up and breed them. The mutations make the creatures special and more valuable. Trading them on the in-game marketplace is one of the ways that users can earn money.

Blockchain Cuties became a part of the boom of decentralized crypto games operating on the Ethereum blockchain. This trend started as well with the launch of CryptoKitties in November 2017, which became a sensation on the crypto market. In September, the company hit a milestone once players bred more than a million unique virtual kitties. CryptoKitties managed to account for about 25 percent of Ethereum’s traffic and get 3.2 million transactions on its smart contracts. The cost of the most expensive cat reached 600 Ethereum (about $170,000) and was sold on the official marketplace.

The success of CryptoKitties inspired other developers to create their own crypto games based on collecting assets. A few months later, after CryptoKitties appeared on the market, around 70 percent of Ethereum DApps were taken by similar games. The developers of Blockchain Cuties followed the trend. Their game was released in April 2018.