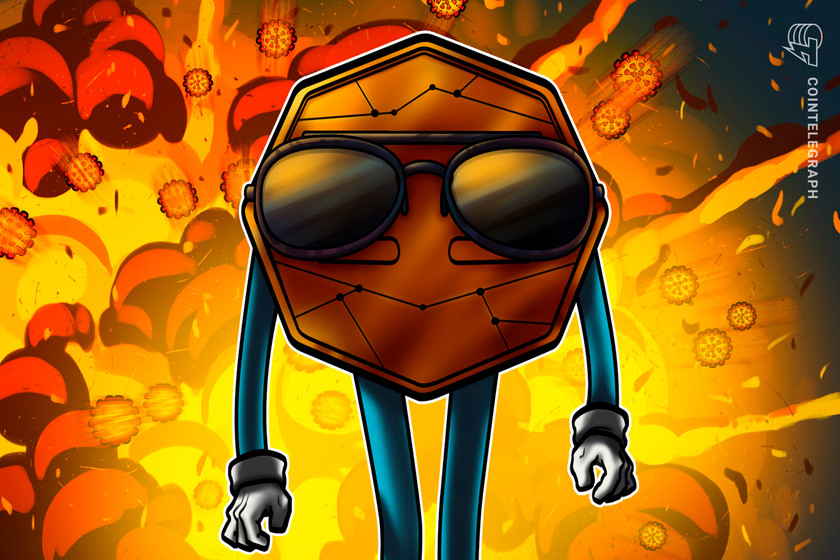 Nonprofit entities could be harnessing an untapped market of supporters simply by allowing crypto donations.

Over the past three years, an increasing number of nonprofit organizations have begun to accept crypto-based donations. According to Alex Wilson, co-founder of crypto donation gateway The Giving Block, the COVID-19 pandemic has pushed this trend further than ever before.

Pandemic prevention measures began to accelerate in March 2020, resulting in business closures and economic turmoil for many. Businesses and nonprofits alike faced notable losses in revenue once the virus took hold.

"Interestingly, the last six months or so, COVID has actually been a pretty major catalyst for nonprofits accepting crypto because a lot of them are looking for different ways to offset lost revenue, but also diversify their revenue into new things like crypto," Wilson told Cointelegraph in an interview.

Although bolstered by COVID-19, a number of nonprofits originally began accepting blockchain assets amid crypto's euphoric bull market in 2017. "A lot of people were essentially looking for ways to offset their capital gains taxes, especially in the U.S.," Wilson said, continuing:

"One of those ways was actually to donate crypto to charity, except that I noticed people wanted to donate to nonprofits, but most of them [the nonprofits] had no clue how to accept crypto."

To solve this problem, Wilson and his friend Pat Duffy combined their prowess and resources to build a convenient cryptocurrency giving on-ramp. "That kind of tax benefit was really a driving trend behind it, or a driving motivation behind it," Wilson said.

"We didn't really launch the company until about last year [2019], was really when we launched it publicly, and now we work with about 100 different nonprofits," explained Wilson.

Crypto donations act as a door into a separate, untapped market of potential supporters, said Wilson. He explained that "Most nonprofits tend to have older donors and they're looking for ways connect with younger donors, start building those longer relationships with younger donors, and crypto has been one of those ways."

Wilson also said that the company does more than simply provide a new payment method for they company's supporters:

"One cool thing about the crypto donations has been that it's mostly completely new donors for them, so it's not cannibalizing any other of their other existing forms of donations. It's a totally new revenue stream for them."

A number of payment solutions exist in the crypto space, some of which convert digital assets into a recipient's pre-determined national currency at the time of payment. When a company integrates with The Giving Block, they can choose whether they want to keep their donation in crypto, or convert it to a more traditional fiat currency. According to Wilson, "90% of our clients opt for the automatic conversion because they're still a little worried about the volatility."