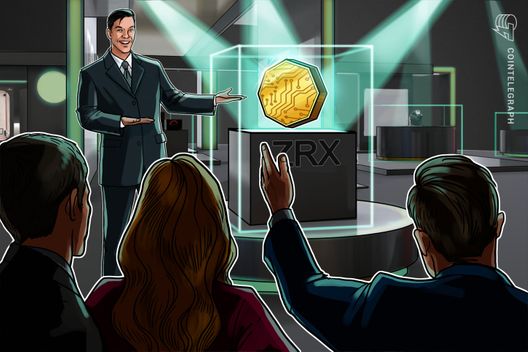 ZRX is now available for trading on Coinbase.com as well as the exchange’s iOS and Android apps.

San Francisco-based cryptocurrency exchange Coinbase has announced trading is now open for 0x (ZRX), making it the first ERC-20 token available for trade on the platform, according to a blog post published Oct. 16.

On Oct. 11, Coinbase launched support for ZRX on its professional platform, Coinbase Pro, although it stated that trading will only be allowed once sufficient liquidity is established.

Now, the exchange’s customers are able to buy, sell, receive, and store ZRX on Coinbase.com as well as its iOS and Android apps. Coinbase notes in the statement that ZRX will be available in most jurisdictions, but initially it will not be available for residents of the state of New York and the United Kingdom.

In July, Coinbase announced that it was considering the addition of ZRX to its platform, among four other tokens: Cardano (ADA), Basic Attention Token (BAT), Stellar Lumens (XLM), and Zcash (ZEC).

Coinbase revealed its plans to add support for ERC-20 tokens in March. “After evaluating factors such as liquidity, price stability, and other market health metrics, we may choose to add any ERC-20 asset added to GDAX to the Coinbase platform,” the exchange then stated.

At press time, ZRX is trading at around $0.83, up 17.38 percent over the last 24 hours, according to CoinMarketCap. The altcoin price rallied to $0.85 today following the Coinbase announcement. ZRX’s market capitalization is around $464 million, while its daily trading volume is around $46.5 million at press time.