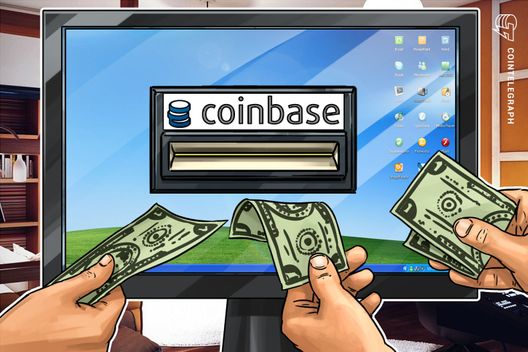 Coinbase has introduced a new tool called “Coinbase Bundles,” which aims to simplify the trading process for new traders.

Cryptocurrency exchange and wallet service Coinbase has rolled out a new update called “Coinbase Bundles,” which is designed to simplify cryptocurrency trading, according to an announcement published September 27.

Coinbase Bundles is a basket of five cryptocurrencies supported on Coinbase and purchased in proportion to their market capitalization in U.S. dollars. The Bundle consists of Bitcoin (BTC), Bitcoin Cash (BCH), Ethereum (ETH), Litecoin (LTC), and Ethereum Classic (ETC); the smallest Bundle costs $25, £25, or €25.

While Coinbase has not set up a maximum purchase size for a Bundle, the exchange limits daily purchase amounts on a per-customer basis. Once a customer has bought a Bundle, each type of virtual currency will be stored in their Coinbase wallet and can be bought, sold, sent or received as an individual asset.

Coinbase expects to introduce the new product in the U.S., E.U. and U.K. in the coming weeks. Along with the Coinbase Bundle, the exchange will now host informational asset pages about the top 50 digital currencies in terms of market capitalization, in addition to a “Coinbase Learn” section aimed at educating newcomers to cryptocurrency trading.

Recently, Coinbase announced a new process that will allow it to list more digital assets faster. The process refers to cryptocurrencies that are compliant with local law, which means that certain assets listed on the platform may only be available to customers in particular jurisdictions.

Earlier this month, Coinbase revealed it is looking to create a cryptocurrency-based exchange-traded fund (ETF). Coinbase has reportedly been in discussions with the blockchain working group of asset management giant BlackRock. It remains unclear whether the initiative is concluded or still under negotiation.