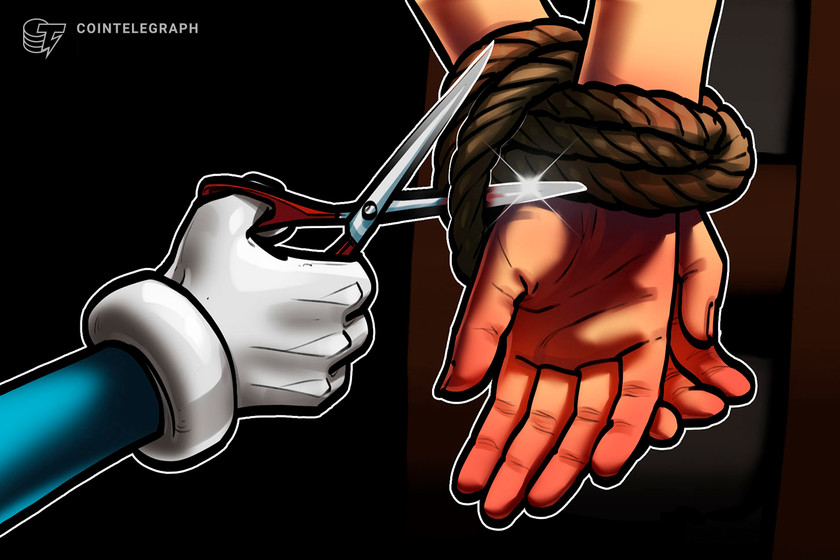 Cryptocurrency exchanges Coinbase, Paxful, Gemini and BitFinex have all joined the Anti-Human Trafficking Cryptocurrency Consortium, or ATCC. Launched in April 2020 by the Anti-Human Trafficking Intelligence Initiative, the consortium is a nonprofit focused on intelligence sharing, best practices and the development of tools to fight trafficking. The ATCC brings together crypto exchanges, blockchain intelligence firms and law enforcement to combat human trafficking and child sexual abuse material, also known as CSAM.

Aaron Kahler, chair and founder of the Anti-Human Trafficking Intelligence Initiative, told Cointelegraph that thought leadership and information-sharing within the cryptocurrency space are vital to building awareness for anti-human trafficking corporate social responsibility:

“We are positioning organizations to play an active role in the prevention, detection and reporting of human trafficking and child exploitation. The Anti-Human Trafficking Intelligence Initiative and the ATCC are developing comprehensive programs, training, data and tools catered to combatting the issue.”

Specifically speaking, the four exchanges that are members of the ATCC will be monitoring crypto transactions to detect characteristics associated with human trafficking. This information will then be shared among all ATCC members as well as including intelligence firms, advisory members and law enforcement officials to help combat illicit activities.

Lana Schwartzman, chief compliance officer at Paxful — a peer-to-peer over-the-counter exchange — told Cointelegraph that she is personally working on a keyword initiative for Paxful that includes specific terms associated with human trafficking and child exploitation:

“I believe this will make more of a dent with the participation of the consortium. Narrative keywords apply everywhere — it doesn’t matter if they come from a peer-to-peer exchange or a regular crypto exchange. Keywords are industry wide and should be monitored across all systems.”

The keyword initiative from Paxful mirrors a best-practice implemented by traditional financial institutions participating in anti-trafficking programs. Schwartzman noted that Paxful and the other exchanges have a unique advantage when it comes to monitoring transactions due to the transparency associated with cryptocurrency:

“You don’t have this in traditional fiat. I hope that any potential bad actor gets the point that you cannot use crypto for human trafficking and other illcit activies. We know who you are, we see your transactions, and we will report you to authorities.”

Echoing Schwartzman, John Kothanek, senior director of global intelligence at Coinbase — a digital currency exchange headquartered in San Francisco — told Cointelegraph that no matter how technologically proficient bad actors may be, motivated and determined people in law enforcement and the private industry will eventually find them. Kothanek mentioned that Coinbase supports consortiums like the ATCC, noting that the initiative’s efforts align with Coinbase’s ethos of removing bad actors from the crypto economy:

“Coinbase is involved with other groups whose objectives are identifying illicit flows of criminal money from not only human trafficking, but also ransomware, fentanyl sales, and money laundering.”

Crypto is clean but can be cleaner

Kothanek further expressed that contrary to popular misconceptions, crypto is by and large a clean business. However, he is well aware that bad actors do exist. To put this into perspective, ATCC member Chainalysis, a blockchain intelligence company, published a blog post in April this year to demonstrate the impact that crypto transactions have on human trafficking.

According to Chainalysis’ findings, about $930,000 worth of Bitcoin (BTC) and Ethereum (ETH) transactions were sent to addresses associated with CSAM providers in 2019. This demonstrates a 32% increase from 2018. Interestingly, between January and March this year, a little less than $250,000 worth of BTC and ETH payments have been traced back to CSAM providers.

While these numbers may sound high, it’s important to note that human trafficking is a business that generates over $150 billion per year. This demonstrates that the percentage of activity involving cryptocurrency transactions remains relatively low compared to traditional payments.

However, the Financial Crimes Enforcement Network issued an advisory on human trafficking on Oct. 15 this year stating that “convertible virtual currency” is being used by human traffickers to hide illicit proceeds.

The document even cites a case study in which a group of human traffickers purchased Vanilla Visa prepaid credit cards which were then used to purchase Bitcoin on Paxful. The group’s Bitcoin transactions have been linked with the purchase of prostitution ads on one of the largest human trafficking marketplaces, Backpage, which was seized in April 2018. Use cases such as this demonstrate the importance of information sharing between crypto exchanges, blockchain intelligence firms and law enforcement.

“This serves as a kind of central depository, where all kinds of data is gathered — not just crypto-related data. This information includes geographical locations, phone numbers and more that are associated with cryptocurrency addresses.”

According to Clegg, the crypto exchanges will monitor and determine unusual characteristics commonly seen with human trafficking transactions, serving as the focal point. “This is the first step,” she said. The blockchain analytics companies involved, such as CipherTrace and Chainalysis, then work side-by-side with law enforcement to combat illicit activities. “This is the same method as in traditional finance, where banks detect human trafficking movements and then alert the FBI,” she remarked.