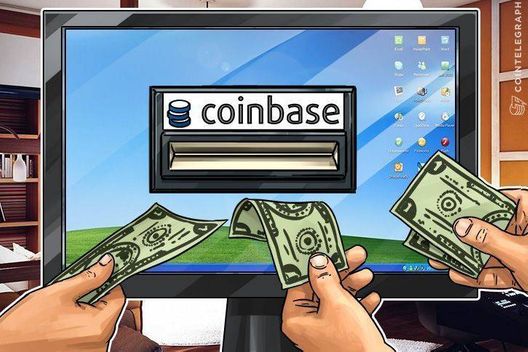 Coinbase has announced Coinbase Pro, the new version of its trading platform GDAX, in a blog post Wednesday. The announcement comes on the same day as Coinbase’s acquisition of relay platform Paradex.

According to the Coinbase blog post, Coinbase Pro is an evolution of GDAX, which is specifically designed for individual crypto traders. Coinbase says that the new product was made specifically to suit the needs of individual traders, in addition to making the platform “easier and more intuitive.” Coinbase Pro will offer new features such as simplified deposit and withdrawal processes, in addition to letting customers take advantage of services like staking and protocol voting.

Coinbase will integrate the Paradex relay platform into Coinbase Pro which, according their blog post, will let customers trade “hundreds of tokens directly from their wallets.” This would markedly expand expand the types of cryptocurrencies to which customers will have access through Coinbase. The blog post states that the new service will be made available to customers outside the US before eventually being offered to American clients.

Paradex, which has 10 employees according to Reuters, is considered a decentralized exchange, because it does not hold custody of tokens on behalf of users, rather clients trade ERC20 tokens directly from their wallets. The financial details of the acquisition were not mentioned in the blog post.

GDAX and Coinbase Pro will operate in tandem until June 29, 2018, after which “all customers will be seamlessly rolled over” to the new platform.

In March, Coinbase announced the creation of both the Coinbase Index Fund and Coinbase Index. The Coinbase Index Fund is a “basket of digital assets” including all of GDAX’s four coins: Bitcoin (BTC), Ethereum (ETH), Litecoin (LTC), and Bitcoin Cash (BCH). The fund requires a minimum investment of $10,000 with a 2 percent annual management fee. GDAX is currently the seventh largest exchange in terms of 24 hour trade volume, which was $365.95 mln at press time.