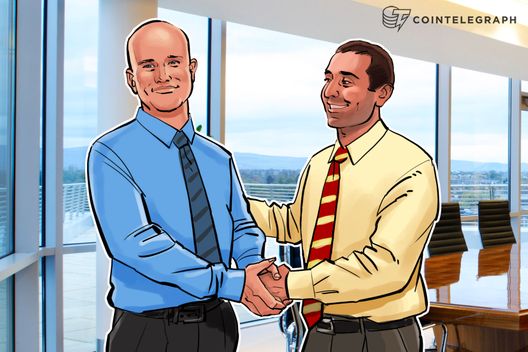 Coinbase has acquired Earn.com, a startup that utilizes Blockchain for its paid-email service, and appointed the company’s CEO as its Chief Technology Officer.

Neither Coinbase nor Earn.com, formerly known as 21.co, disclosed the terms of the deal, but Srinivasan told TechCrunch that it represented a positive return on investment for those who backed Earn.com. Since the company initially raised $120 mln in investment, there is some indication as to the cost of the deal.

As part of the acquisition, the digital currency exchange hired Earn.com’s CEO, Balaji Srinivasan, as its first CTO. The rest of the Earned.com team will also move over to Coinbase. Srinivasan holds a BS, MS and PhD in Electrical Engineering and an MS in Chemical Engineering, and is known as an early evangelist of Blockchain technology and cryptocurrencies.

“With Coinbase’s user base and distribution muscle, I think it could hit $100 mln in ARR in a few months. I’m proud of the fact that we turned what could have been a disaster into a successful product and I’m excited about the road ahead.”

Coinbase has recently been acquiring a slew of new talent. Last week, the digital currency exchange hired a new Vice President of Communications, Rachel Horowitz, who previously served as Director of Technology Communications at Facebook. At Twitter she worked on scaling the communications team and developing company narrative.

In December 2017, former PayPal and Facebook executive David Marcus, joined Coinbase’s board of directors. CEO Brian Armstrong said Marcus’ “knowledge of both the payments and mobile space” was what would help “guide” Coinbase going forward.