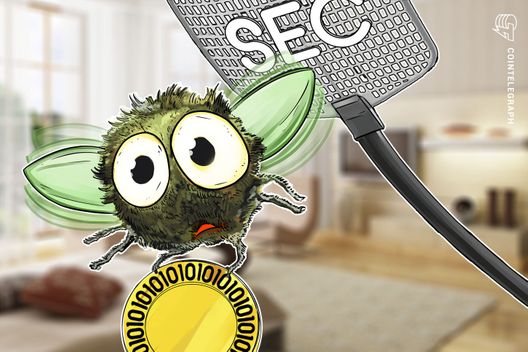 The U.S. Securities and Exchange Commission (SEC) has rejected the application for a Bitcoin exchange-traded fund by brothers Tyler and Cameron Winklevoss. The news was broken by CNBC Thursday, July 26.

The WInklevoss twins’ first application for a Bitcoin ETF was rejected by the SEC in February 2017. The stated reason, back then, was the largely unregulated nature of Bitcoin (BTC) markets. The agency said back then:

”When the spot market is unregulated--there must be significant, regulated derivatives markets related to the underlying asset with which the Exchange can enter into a surveillance-sharing agreement.”

CNBC reports that the SEC published a new “release” Thursday, July 26, saying that it does not support the Winklevoss’ claim that crypto markets are “uniquely resistant to manipulation,” rejecting the twins’ second application made in June.

Despite receiving requests for a Bitcoin ETF approval from a number of applicants, the SEC has still not accepted any of them as of press time.