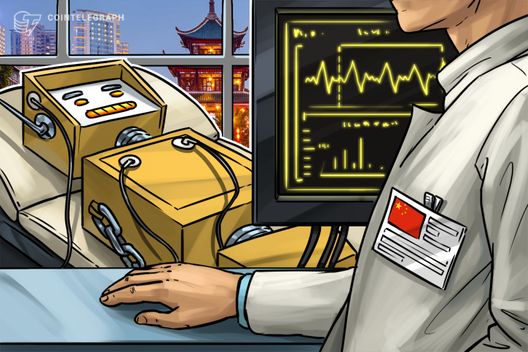 The Chinese government continues its investigation into blockchain projects, with a research spokesman claiming only 8% of them remain active.

A Chinese government analysis has concluded the average lifespan of a blockchain project is 1.22 years, sources report May 28.

Speaking at the ongoing China International Big Data Industry Expo 2018 in Guizhou, He Baohong of the China Academy of Information and Communications Technology (CAICT) said only 8% of the blockchain projects ever launched are still alive.

He released the information as part of the unveiling of CAICT’s report on blockchain industry trends.

CAICT is a scientific research institute directly controlled by the Chinese government in the form of the Ministry of Industry and Information Technology (MIIT).

The trends CAICT foresee as enduring, according to local news media outlet China Money Network (CMN), include “increasing integration of the flow of data and assets” as well as “accelerated pace of the growth of digital assets.”

For blockchain-based endeavors, however, the landscape remains hit-and-miss, according to He.

“(These projects) came out very quickly, but die quickly as well,” CMN quotes him as saying.

“In this circumstance, governments globally are accelerating their efforts to establish unified standards in order to help blockchain projects to achieve real-life applications.”

Beijing remains actively involved in blockchain and cryptocurrency insight, earlier this month producing its first official ratings for 26 crypto assets. The scheme is due to expand, also incorporating blockchain projects along with additional assets.

Perhaps unsurprisingly, He remained upbeat on the providence of China’s own blockchain offerings.

“We have established verifiable blockchain programs in China, and nearly 200 private enterprises have expressed interests to join,” he added.

“(This) will help blockchain technology and industry to become more transparent and open.”