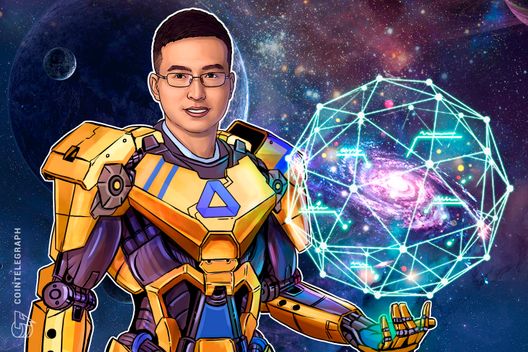 A strange story of a blockchain project that does what it promised, delivers on its roadmap, has a working product, yet is nearly unknown.

Remember the famous opening scene from “Saving Private Ryan” – where wave after wave of landing allied troops were cut down by machine gun fire? Did you ever realize that the average blockchain project stands a worse chance of survival than an Allies infantryman on Omaha Beach? According to official data published by the White House, of the 24,000 soldiers who participated in the Normandy landing on June 6, 1944, around 10,000 were killed, wounded, missing or taken prisoner. This is equivalent to a 41 percent casualty rate.

In late February 2018, Fortune estimated that between 46 percent and 59 percent of all initial coin offering (ICO) backed projects in 2017 have failed.

This gives a bit of a context to the recent announcements at AChain. In a traditional, regulated, established world, the news is when a public company fails to deliver. In the emerging blockchain scene, headlines are made when an ICO-backed company actually delivers. This is the case of AChain, a smart-contract platform, that made quite a splash when the project’s ICO finished in just 61 seconds.

AChain seems to be working quietly to reach the goals declared at its launch, and it has a working product that is being used in the real world.

With the first stage already completed, AChain is getting ready to roll-out their blockchain-as-a-service (BaaS) platform, the second milestone being reached this year.

During the first stage – given the codename Singularity – AChain used animal testing. No, AChain wasn’t tested on animals, but rather by animals: of a crypto kind. Its testbed Singularity smart-contract environment ran  on CryptoDogs – a Chinese version of the ill-known CryptoKitties game.

Unlike Ethereum, which was nearly brought to its knees by the feline craze, AChain handled the canine load well. AChain projected throughput is up to 1000 transactions per second (tps) – compared to Ethereum’s 12 tps.

Achain’s founder says that a number of bottlenecks and bugs were found and fixed during the first stage. Subsequently, it became possible to duplicate the smart contract throughput more than two-fold, from 72 blocks per second to 185 blocks per second, and decrease the synchronisation time from 7 hours to less than 2 hours.

AChain’s team believes that all successful Dapps will eventually leave public blockchains. This is where BaaS technology could become indispensable, AChain founder argues – it means that any future Dapp developer will be able to have their own blockchain, interoperable with another blockchains if necessary. This is essentially what AChain does.

The BaaS tech roll-out – codename Galaxy – is the second stage of Achain development, and it will become live shortly, according to an open letter signed by the founder of AChain, Tony Cui.

According to AChain’s website, the plan is as simple, as it is ambitious:

“Chain splits into multiple sub-chains to meet the need for different applications in the reality, including insurance, e-documentation, cryptocurrency, record investigation, credit rating, and much more can be fulfilled by sub-chains within an interconnected, low-cost, user-friendly, and customized blockchain network”.

Secretive, and mostly targeted to the Chinese user base until recently, it was called undervalued and underappreciated by those who cared to review it, and arguably so: AChain has a market cap one order of magnitude less than NEO, its rival.

Now, AChain is poised to catch up with its competitors on the only field it lagged behind – publicity. Its communication efforts have acquired more English-language coverage recently, in order to develop the project’s exposure.

History has shown that more often than not, Chinese technology leaving China changes the world beyond recognition. For example, gunpowder, invented in China in 9th century AD, have made heavy armoured knights obsolete and changed warfare forever when it made its way to Europe. Paper, another invention of the Chinese, made knowledge universally accessible to the masses. Will AChain change the blockchain world as gunpowder once changed warfare, or as paper changed the distribution of knowledge? Only time will tell.