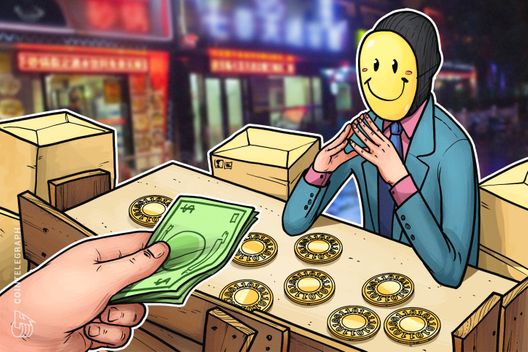 China’s Ministry of Industry and IT says it has detected 421 fake cryptos, identifying key signs of fraudulent tokens in its recent report.

A government-led study in China has detected 421 fake cryptocurrencies, according to a report published today, May 18.

IFCERT, a national committee of internet financial security experts initiated by China’s Ministry of Industry and IT, has warned of the dangers of fraud in the crypto space. The committee’s report notes that as of April, over 60% of the 421 detected fake cryptos are run from overseas servers, making them “difficult to find and to track.”

Firstly, their reliance on a so-called ‘pyramid scheme’ operational model, in which investors are first compelled to make a payment, and then promised returns on the basis that they enroll others in the scheme.

The second feature of a fraud crypto, according to IFCERT, is the absence of open-source code of the fake digital asset, allowing its creators to dupe investors into an illusion of skyrocketing growth by artificially splitting the tokens to create an impression of proliferating rewards. The fraudsters claim that the more tokens are generated, the more wealth increases, “only rising without falling.”

Lastly, according to IFCERT, given that bogus coins cannot be traded on legitimate crypto exchanges, they are largely traded through over-the-counter deals, or even on transient phony platforms. With no transparency, scammers can manipulate apparent price surges, while at the same time preventing investors from withdrawing funds in order to benefit from such ‘spikes.’

The report concludes that such virtual currency scams are cases of “illegal fundraising,” with a high risk that their creators will disappear and wreak huge losses for investors, left unable to defend their rights.

The features of a fraud cryptocurrency identified by the IFCERT in their recent study are  strikingly similar to those identified by the U.S. Securities and Exchange Commission’s (SEC). In a recent campaign aimed to educate investors, the U.S. SEC created a website for a fake Initial Coin Offering (ICO) that went live just two days ago. The SEC’s mock HoweyCoins.com lures investors with a “too good to be true investment opportunity” – using the very “red flags” the organization claims to have identified in the majority of fraudulent ICOs – and redirects those who attempt to purchase the ersatz tokens to an educationally-oriented page on the SEC’s own site.