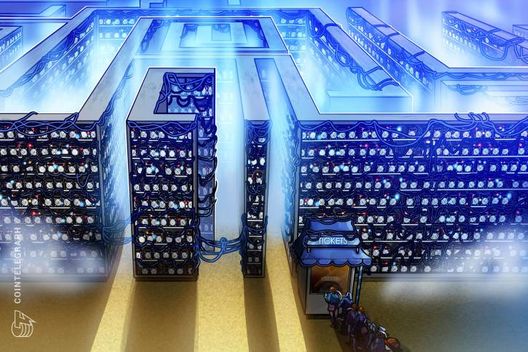 Bitmain is looking to artificial intelligence as the natural option to turn to in case of an increase in China’s already stringent crypto regulations.

Due to the recent crypto crackdown in China, Chinese ASIC chip manufacturer Bitmain is turning to artificial intelligence (AI) as an alternate revenue source, Bloomberg reports today, May 17.

China’s crypto regulations have included an initial coin offering (ICO) ban in the fall of last year, this January’s ban on “exchange-like services,” and the February ban on foreign crypto exchanges.

Bitmain manufactures the processing chips and miners that mine for a variety of cryptocurrencies, including Bitcoin (BTC), Ethereum (ETH), and altcoin Monero; although the release of the Monero-mining Antminer at the end of March led Monero to upgrade in order to preserve its ASIC-resistant nature.

Jihan Wu, Bitmain’s co-chief executive, told Bloomberg in one of his infrequent interviews that because “artificial intelligence requires lots of computations,” it is the natural alternative option for the ASIC manufacturer:

“As a China company, we have to be prepared.”

Bitmain’s Sophon BM1680 chip, which they began selling in October, can more cheaply speed up machine learning as compared to those made by Nvidia and Advanced Micro Devices Inc, although it is not as powerful.

Wu — who predicts that AI chips could account for up to 40 percent of Bitmain’s revenue in five years — told Bloomberg that Bitmain is “just trying to do something that they cannot take care of well enough.”

At the end of February this year, a report showed that Bitmain, a four-year-old company, made between $3 and $4 bln in operating profits in 2017, as compared to twenty-seven-year-old competitor Nvidia, who made about $3 bln during the same period.