China Should Consider Launching its Own Stablecoin, Central Bank Expert Says in Op-Ed

China Should Consider Launching its Own Stablecoin, Central Bank Expert Says in Op-Ed 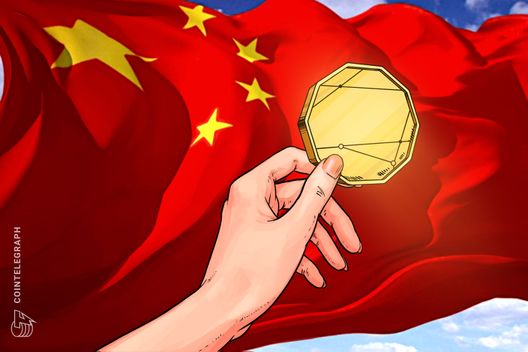 An expert from the People’s Bank of China thinks the country has to study USD-backed cryptocurrencies and to launch its own yuan-backed stablecoin.

The Chinese government should consider launching its own yuan-backed stablecoin despite the current ban on cryptocurrencies, an op-ed in Chinese financial journal CN Finance reports Tuesday, Oct. 9.

An expert from the People’s Bank of China (PBoC), Li Liangsong, and professor of Fudan University Wang Huaqing wrote an article called “Analysis of Digital Stable Coins” for CN Finance — a bimonthly journal affiliated with the PBoC.

In the opinion piece, the authors provide a brief review of USD-backed coins, such as Tether, the Gemini dollar, and Paxos Standard. The researchers expect them to increase the role of dollar on a global stage and to suppress other fiats, with the yuan among them.

The authors suggested that China should analyze other companies’ experience and “double its efforts” to create a local stablecoin. However, other digital currencies have to stay prohibited in China, they stated.

Stablecoins have recently seen a boom with two USD-backed coins launching in the U.S. in September.

The Winklevoss twins, founders of crypto trading platform Gemini, acquired permission from New York regulators to release their own stablecoin, the Gemini dollar. Later, Circle — through a consortium that includes Bitmain — announced it is launching a USD-backed digital token dubbed the “USD Coin.”

Shortly after, the audit giant PricewaterhouseCoopers (PwC) partnered with decentralized lending platform Cred to offer their expertise in launching its USD-backed coin, especially in terms of transparency and “substantiation,”

The Chinese government first started its anti-crypto campaign in 2017 by closing all of the country’s cryptocurrency exchanges and banning Initial Coin Offerings (ICO). Following the move, the PBoC has repeatedly warned citizens about the risks of crypto trading.

Despite the crypto ban, the country has actively been exploring blockchain solutions. Earlier this autumn, the PBoC announced that its blockchain trading and finance platform is launching in Shenzhen. The ecosystem is also being tested in Guangdong, Hong Kong, and the Macau Bay Area and is being developed for cross-border trading. Later, the country’s official blockchain pilot zone was established in the Hainan province within a dedicated tech park.