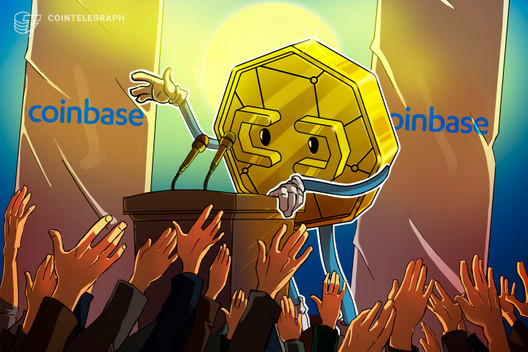 The Celo platform utility token can now be traded on Coinbase and Coinbase Pro.

Coinbase, the largest cryptocurrency exchange in the United States, will now offer support for Celo — an announcement that led to a 32% price surge in less than two hours.

According to a Sept. 3 blog post from Coinbase, the exchange now supports the utility and governance token for the Celo platform.

Coinbase this week also announced that UMA would be available for trading on Coinbase Pro starting on Sept. 8.

The exchange appears to be prioritizing support for tokens for projects in which it is invested. Coinbase currently holds both Celo utility tokens and UMA tokens from its 2018 investments.

Following the announcement of support for Celo, the price of the token surged from $3.44 to a new all-time high of $4.55 in just two hours before dipping back under $4.00. As of this writing, the token is being traded for $4.20.

The Celo platform is a mobile-focused stablecoin payments platform. Coinbase is offering trading on the platform’s governance token using the ticker name CGLD rather than CELO, but stated the move was “temporary.” Users can send and receive Celo tokens under either name, as they’re the same digital asset. The listing comes after Coinbase Pro began accepting CELO deposits on Aug. 31, which caused the token to gain roughly 55% over both USD and Bitcoin (BTC).

The token currently has one of the highest yields on hot new DeFi protocol SushiSwap, which is likely responsible for UMA’s surge from under $7.00 to $27.32 last week.