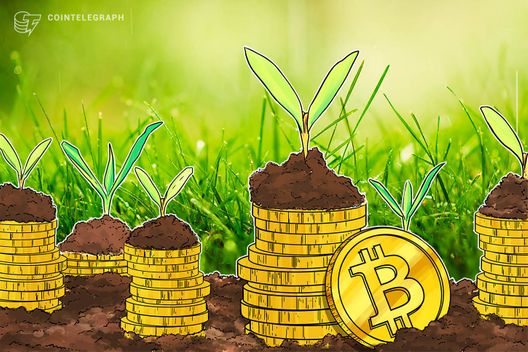 Bitcoin remains a strong buy despite recent losses, blockchain venture capitalist Spencer Bogart told CNBC yesterday, May 26. The cryptocurrency will trade “at least” above $10,000 by the year’s end, he added.

Bogart is a partner at major VC firm Blockchain Capital, and was reportedly the first Wall Street analyst to cover Bitcoin and blockchain, authoring a highly regarded blockchain industry report.

Bitcoin has now seen three weeks in the negative, its “longest running streak of losses since September 2017,” as CNBC’s interview intro noted. Despite this, Bogart outlined a bullish forecast for the long term, saying that:

“The long-term thesis is very much intact... The institutionalization of Bitcoin is absolutely occuring...Every major bank is trying to do something in the space. Either they're going to be offering Bitcoin to their clients, they're working on a custody platform or they're opening up a trading desk.”

Bogart suggested however that many altcoins are likely “overvalued” and “have significant headwind,” emphasizing the dangers of relative valuation. He drew a parallel between the ICO boom in late 2017 - early 2018 and the dot-com boom of the early 2000s, warning that many crypto tokens are “over-promising and under-delivering.”

Bogart said he would sell alts such as Cardano, TRON, IOTA and NEO, but was “neutral” and would hold Ethereum, Ripple, Bitcoin Cash and EOS.

“I’m very constructive as regards Ethereum on a long-term basis,” he said. Nonetheless, he considered that Ethereum currently has “a lot of overhang” because of the many “overvalued” tokens that are built on its platform, and suggested that Ethereum’s future will be closely correlated to the future development of the ICO space.

Bogart also noted that this has been the first sustained bear market where nobody has suggested the “end of Bitcoin.” He suggested that the reality of a deeper institutionalization of the crypto space is securing the long term “story,” and is “overall positive” for Bitcoin’s future.

He also said that ongoing turbulence in the traditional financial sector, such as recent national fiat currency crises, is reinforcing Bitcoin’s use cases.

"Could Bitcoin trade lower? Certainly. But do I think it will be higher a year from now? Absolutely… I would bet Bitcoin ends at least above $10,000 in the year.”

Negative performance in the crypto markets for now seems to be continuing, with Bitcoin trading below $7,400 to press time, down a further 2 and half percent over the 24 hour period.

This despite increasing provisions to facilitate mainstream investment in the crypto space, notably with a recent trend to provide custodian solutions for institutional holders. The ubiquity of the ‘institutional investment will lead to a major market uptick’ narrative moved one prominent crypto commentator to protest this weekend:

Two words I really don't want to hear this week: