BTC Breaks Back Over $7,000 As Crypto Markets Continue To See Slow Growth

BTC Breaks Back Over $7,000 As Crypto Markets Continue To See Slow Growth

Crypto markets are decidedly in the green today, with BTC over the $7,000 price point and ETH close to $400

April 2: after yesterday’s day of crypto merriment and pranks, Bitcoin (BTC) is back above $7,000 as the markets are seeing a continuous uptick since this week’s dip to monthly lows, data from Coin360 shows. BTC is currently trading at around $7,131, up a little more than 5 percent over at 24 hour period to press time. 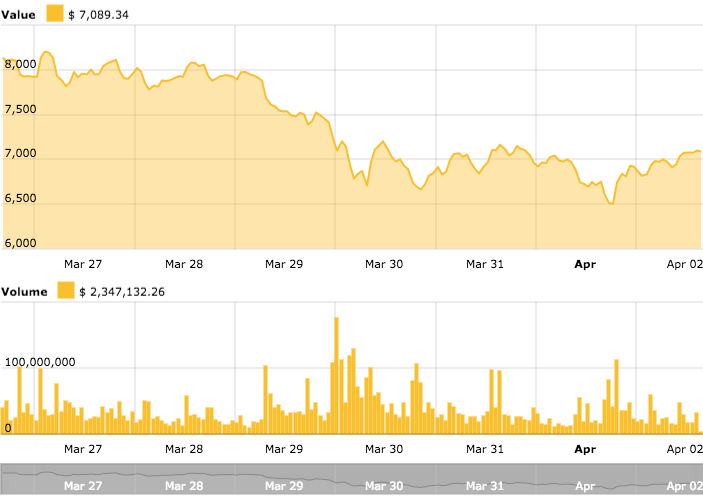 Ethereum (ETH) has not made as strong of a comeback, still trading below $400 at around $390 by press time, although it is up almost 4 percent over a 24 hour period. 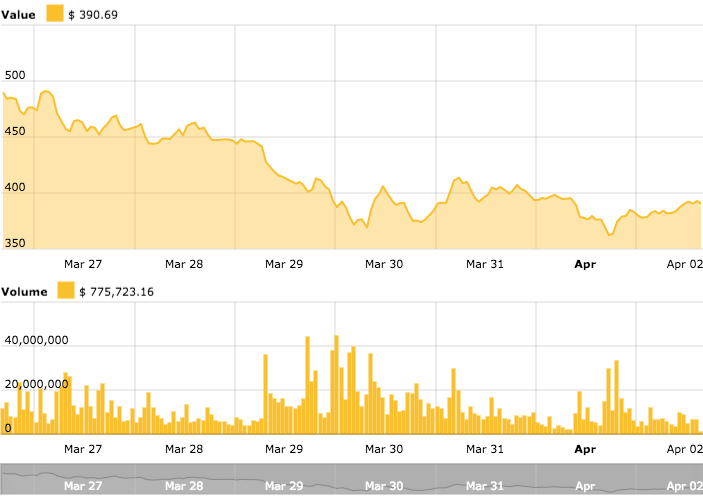 Of the top ten cryptocurrencies listed on CoinMarketCap, altcoin Stellar is up the most, around 9 percent over a 24 hour period, and trading around $0.21 by press time.

Vechain (VEN), a Blockchain-based supply chain enhancement platform, has seen some of the highest gains this week, as South Korea’s largest crypto exchange Bithumb added the Vechain token to its listing. 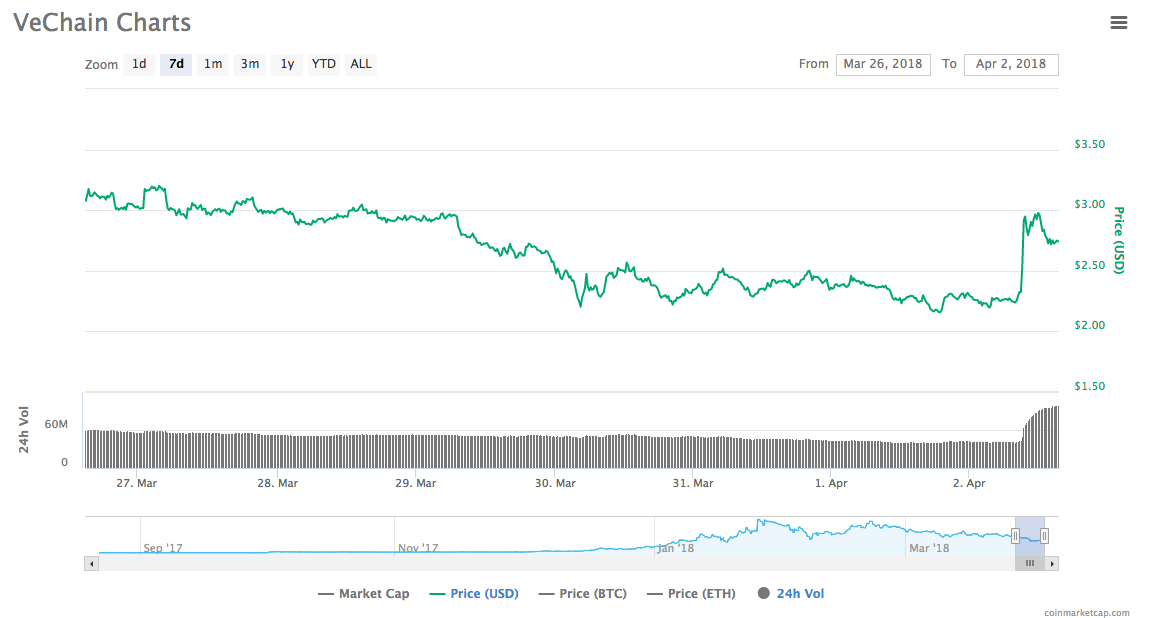 VEN is currently up by more than 20 percent over a 24 hour period, trading at around $2.75 by press time.