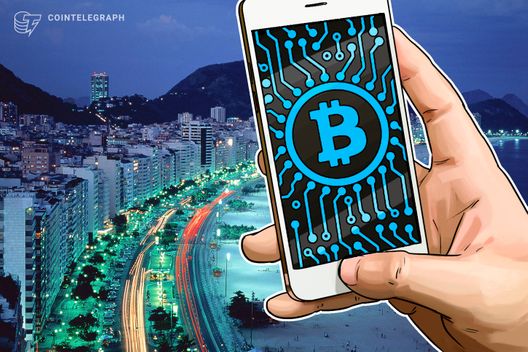 Brazilian retail giant integrates blockchain-powered payment service on e-commerce platforms and in nearly 1,000 of its stores.

Brazilian retail giant Via Varejo has partnered with blockchain payment service Airfox, according to a September 12 press release.

Via Varejo, which owns home appliance and furniture chain Casa Bahia, is integrating Airfox’s digital banking platform on its e-commerce platforms, as well as in nearly 1,000 of its offline shops.

As the press release notes, customers will be able to purchase goods in Casa Bahia by paying directly via Airfox, or will be able to use microloans provided by the retail group. Customers can also reportedly use the app for personal finance, such as depositing and withdrawing cash, at the chain’s location.

Airfox is a mobile financial service launched in February 2018 that includes fiat and blockchain payments via its AirToken (AIR) coin, an ERC-20 based token.

The press release outlines the importance of the collaboration for mass adoption of blockchain-powered payment services, letting the Airfox “extend its mobile digital wallet to Via Varejo's national customer base and drive mainstream adoption.”

Via Varejo is one of the largest consumer electronics and home appliance retailers in Brazil, reaching 60 million customers in Brazil via its brands Casas Bahia and Pontofrio. The company owns over 900 stores in 350 Brazilian cities, reportedly making as much as 1 million deliveries per month.

According to the recent press-release, Via Varejo handled approximately $6.3 billion sales in 2017.