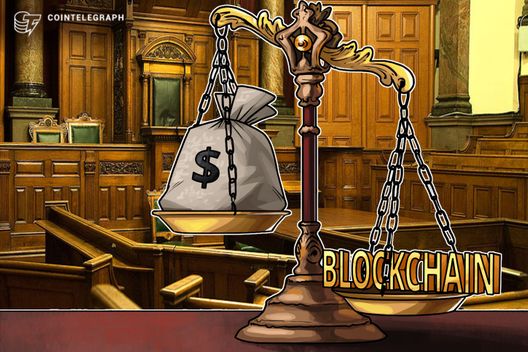 A source familiar with the issue told Bloomberg that the firm is negotiating an IPO with advisers, while potential buyers have already expressed interest in the sale. The final decision as well as the plan, which is up to R3’s founder and CEO David Rutter and  investors, reportedly have not yet been made. The company said in a statement:

“We’re not surprised about the speculation given the success of Corda, but an IPO is not a path we’re pursuing at this time. Our mission from the start was to deliver a blockchain solution for the widest possible business community, and any decision we make will have that goal in mind.”

New York-based R3 is supposedly weighing its options following the growth and development of the blockchain software market. As per research conducted by Deloitte in May, 30 percent of the financial executives who participated in a survey said that they “plan to commit resources to blockchain within the next year and a half,” while 33 percent of those asked said they are ready to implement the technology.

Earlier this week, R3 released a new “version” of its open-source distributed ledger platform Corda aimed specifically at businesses. Corda Enterprise is “optimised to meet the demands of modern day businesses,” and includes a “Blockchain Application Firewall” to let the platform run within corporate data centers and still communicate with Corda’s nodes.

In June, anonymous former R3 employees told Fortune that R3’s internal financial targets are “10X short” of their revenue, with the figure described as “laughably off.” The consortium’s managing director Charley Cooper, however, denied the rumors, saying that the company is not in danger of running out of revenue. He said:

“We currently have more than sufficient funding and at this point have no plans to raise additional money.”