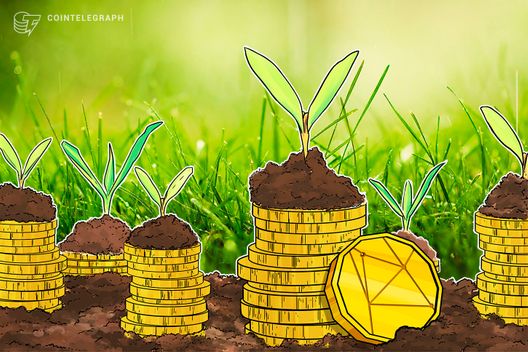 Point72 Asset Management, whose most recent portfolio value is almost $24 billion, is headed by Andrew B. Cohen, who is also the Managing Director of Cohen Private Ventures.

Simpson founded Autonomous Partners in December 2017. In an interview with Fortune on July 12, she said that the fund has already secured “funding in the low eight digits” from VC and private equity firm Union Square Ventures, Coinbase CEO Brian Armstrong, and former PayPal COO and Craft Ventures co-founder David Sacks.

Simpson emphasized that the fund seeks investments from partners that “can be very much value-add beyond their capital.”

As Fortune reports, a low percentage of Autonomous Partners is devoted to major cryptocurrencies such as Bitcoin (BTC) and Ethereum (ETH). The fund is mostly focused on crypto infrastructure projects, anonymity-oriented altcoins, and crypto companies that tackle scalability issues. The fund has also invested in OX, a protocol for decentralized crypto exchanges.

Simpson told Fortune that her fund has held off from investing in Ripple (XRP) pending clarification from U.S. regulators as to whether XRP will be classified as a security. She added that she “think[s] the whole space is still waiting for a bit more clarity.”

According to data from Autonomous Research, the number of crypto-focused funds was estimated at 251 as of April 2018, 175 of which were opened in 2017. In 2018, only 26 more funds have been established, signalling a possible downtrend in momentum.

As Cointelegraph reported April 3, various sources from the crypto space have warned that 10 percent of crypto funds could potentially be forced to close in 2018, allegedly due to the negative impact of regulatory uncertainty.

In March, news of a U.S. Securities and Exchange Commission (SEC) probe into up to 100 crypto-related hedge funds indicated increasing scrutiny of their activities.