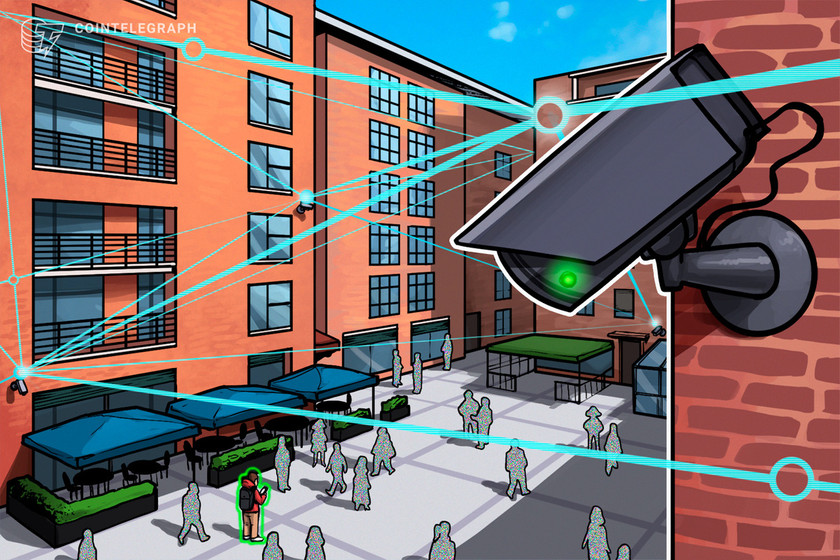 The new camera from IoTeX reportedly features a private key for access and end-to-end encryption of all data.

IoTeX, a privacy-focused platform for the Internet of Things, has partnered with camera manufacturer Tenvis Technology to offer Ucam, an indoor security camera powered by blockchain technology.

Head of business development at IoTeX Larry Pang told Cointelegraph that Ucam users can access their camera data through a decentralized system and log in with an “uncrackable” password. The camera or a user’s mobile phone handles all the computing, meaning decryption occurs on the devices, letting users control their own data.

“A private key is used to end-to-end encrypt all the data,” said Pang. “We need to have technology that guarantees our privacy and our ownership instead of terms and conditions and policies.”

The system was designed to avoid the type of data and security breaches that have haunted many companies behind internet-based surveillance cameras. Amazon’s Ring users reported a series of breaches in December, some of which involved hackers using the system to harass people in their homes. There were similar incidents from Google Nest camera users this year, one of which involved a bad actor playing pornographic sounds into a 2-year-old girl’s bedroom.

“These kinds of hacks are all ‘walking through the front door,’” said the IoTeX exec. “They’re password-based hacks, where they’re brute-force hacked. An 8-character password can get breached in a few minutes.”

By using blockchain infrastructure, Ucam will reportedly bring the end-to-end encryption typical of cryptocurrencies to home surveillance by using blockchain infrastructure. Pang said that even non-tech savvy Ucam users will start to see the benefits of the technology, offering the traditional camera features they want with the crypto concept of “not your keys, not your coins.”

“What better kind of daily life problem is there than peace of mind and privacy? That’s the first kind of intro for people to crypto.”

“We can try to convert [customers] into crypto users,” said the IoTeX exec, stating the underlying technology would provide a brand new way to reach those unfamiliar with digital currency. “We’re not talking about speculation of assets. They don’t really need to know about blockchain — they just need to know privacy is the goal, privacy is the result.”