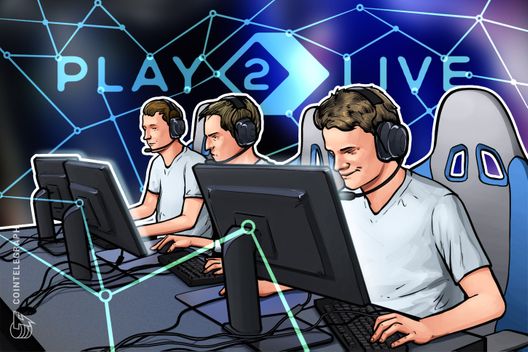 A company is hosting the first-ever Hearthstone tournament to be powered by blockchain, with eight pro players and popular streamers going head to head.

A company billing itself as “the world’s first decentralized streaming platform for gamers and esports fans” is preparing to host a virtual Hearthstone tournament within the coming days.

Play2Live says this is the first-ever Hearthstone contest to be powered by blockchain technology, as well as the “next generation of streaming interactivity” that its platform provides.

Eight players have been invited for the tournament, including professional players and popular streamers. The quarter finals kick off at 12am GMT on May 23, followed by the lower bracket finals and semi-finals on May 24. It all builds up to the grand final on May 25.

Everything is going to be broadcast on P2L.TV, with engaging esports commentaries provided in both English and Russian.

This is the latest tournament to be held by Play2Live. In February, eight leading Counter-Strike: Global Offensive teams from around the world competed for a prize of 2 mln Level Up Coins (LUC) – the equivalent of about $100,000. The broadcast in 16 languages attracted a total viewership of more than 950,000, and the company is hoping to build on its earlier success in its latest eSports event.

The company’s development team has been continuing to work on its minimum viable product – and a newly launched, updated version of its MVP is expected to pave the way for a “fully fledged beta version” of its platform by the start of Q3 2018.

Some of the latest features unveiled by Play2Live include the ability to refill LUC tokens from any ERC20-compliant crypto wallet, as well as an enhanced platform interface. As well as improved functionality for notifications, donations and subscriptions, a chat moderation mechanism enables inappropriate users to be banned.

In time, Play2Live hopes to offer 15 potential sources of revenue for its ecosystem’s users – treble the income streams made available by current leaders within the streaming industry. The company says streamers themselves will have the ability to monetize their content in 11 different ways – a far cry to the four or five options they have on existing platforms.

The founder and chief executive of Play2Live, Alexey Burdyko, has confirmed that the company has struck preliminary agreements with a number of exchanges – including CoinBene and Yobit. This comes as the company continues to develop and test its own blockchain infrastructure, which is known as the Level Up Chain.

He told Cointelegraph: “Starting May 21, 2018 our token will also be traded on HitBTC — one of the most reliable crypto exchanges in the world.

“To ensure further development of Play2Live ecosystem and Level Up Chain, users will be offered an opportunity to trade LUC token on other reliable and established cryptocurrency exchange platform.”

As previously reported by Cointelegraph, P2L says that one of the biggest advantages of the Level Up Chain is could provide users with practically unlimited levels of bandwidth. In time, it’s hoped that the main network will be able to support as many as 500 transactions per second.

Play2Live has big plans for the future – and by the first quarter of next year, it hopes to have welcomed more than 5 mln users to its platform. The company says this goal will be achieved by fostering partnerships with prominent streamers, as well as the organizers of eSports tournaments.

Its initial coin offering successfully concluded back in March, with Play2Live executives revealing that its hard cap of $30 mln was reached.