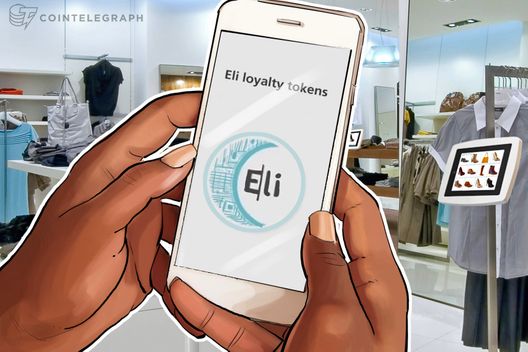 Retailers at a major mall will put a cryptocurrency payment system through its paces within days, in what a company describes as a world first.

A Blockchain-driven platform has announced it will begin testing a brand-new transaction system for cryptocurrency payments within the coming days.

Eligma says the beta version of its EliPay technology is going to be rolled out to selected retailers in BTC City, one of Europe’s largest shopping centers.

The company says that the Slovenia-based complex, which boasts more than 450 stores, will become the first mall in the world where cryptocurrencies can be used to buy products. Letters of intent have already been signed with several major retailers.

EliPay is one component of a platform with the objective of helping shoppers find the products they desire simply – with thousands of eCommerce platforms vying for their attention on a daily basis. This is going to be achieved through an artificial intelligence (AI) system that keeps track of transactions and makes recommendations based on past purchases.

For greater ease, Eligma’s users will have a single account which can be used to shop on multiple websites – eradicating the need for dreaded “forgotten password” emails while also ensuring they don’t need to enter their personal information every time they’re interested in buying from a new store.

Eligma says it has now concluded its presale, and the level of contributions successfully reached the company’s soft cap.

Dejan Roljič, the founder and CEO of Eligma, told Cointelegraph: “Both Blockchain and AI are in their infancy. This makes us pioneers of the economy of the future.

The fruits of our labor will become visible in the years to come, which is why the support of Blockchain communities and novelty embracers is crucial at this point.”

The company’s crowdsale commenced on April 17, with executives announcing that Ethereum’s price will be locked at $800 because of “volatile market conditions.”

Although this is higher than the market price, Eligma says this will help them “offset the exchange ratio drop that would hurt early contributors.”

The next phase of its contribution drive comes shortly after Charlie Shrem – described as “one of the most renowned representatives of the crypto community” – joined Eligma’s advisory board.

In a new team video, the CEO and his team have explained the vision behind Eligma – with Mr Roljič saying that the platform is determined to “enable everyone to get the best offer that they or their household needs.”

With the company enabling shoppers to create an inventory of their items – with its AI system helping them learn when is the most financially suitable time to sell their second-hand, unwanted goods – adviser Andy Baynes said: “Eligma is one of those opportunities and innovations that hit the right time.

“People are now moving to online shopping first and traditional retail second. The next big wave is about doing that conveniently – and Eligma is all of those things.”

Mr Shrem, a founding partner of the Bitcoin Foundation, added: “What the team is developing is exactly what the crypto community needs after a decade: a way to move crypto from exchanges to enable us to use them to buy everyday stuff with systems like EliPay.

“This is the right direction to show the true value of digital currencies.”

Eligma says another pillar that will underpin its business model is loyalty, with the company gearing up to create a universal loyalty program that rewards shoppers in the platform’s utility token, which is called ELI.

The company hopes that this will help customers gain better value for money, and make fragmented loyalty schemes a thing of the past.

Eligma’s crowdsale is scheduled to end on May 8.