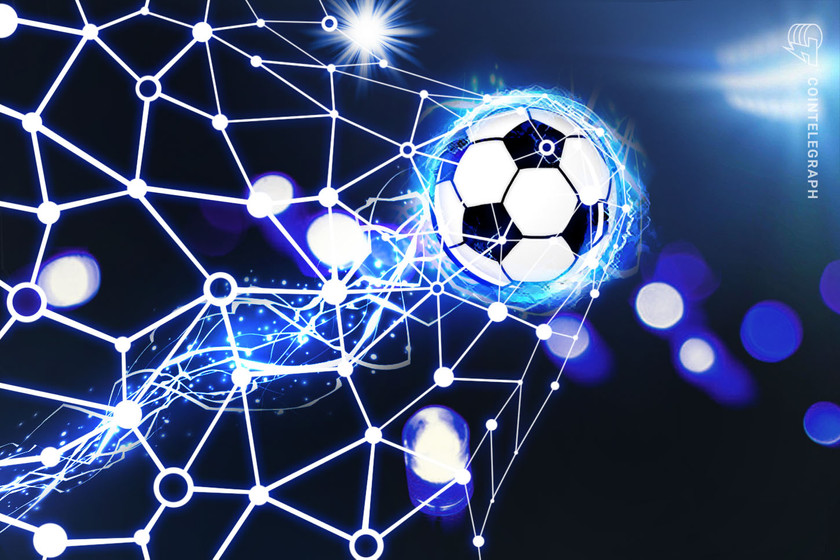 PSG players Neymar and Kylian Mbappé, as well as club veterans like David Beckham, will be issued as collectible digital player cards on blockchain platform Sorare.

PSG — which plays in the highest tier of French soccer —  had already partnered with blockchain platform Socios.com to launch its own “Fan Token Offering” in 2018.

This week, the club has become the 100th soccer club to join the Ethereum blockchain-based fantasy soccer game Sorare platform.

PSG players Neymar and Kylian Mbappé, as well as club veterans like David Beckham, will be tokenized as limited edition digital player cards. The score of player cards will depend on their real-life performances in soccer league tables and the rarity of collectible cards is vouched for using blockchain technology.

News of the new partnership also coincides with Sorare’s official launch in the United States, which has become the game’s second-largest market worldwide.

Speaking to Cointelegraph, a spokesperson for Sorare explained that the game had been in closed beta in the U.S. through to Dec. 2019 (invite-only), and open beta until its launch on Sept. 28.

Close to 60 million people play fantasy sports in the U.S., according to data from the Fantasy Sports and Gaming Association — making the market for blockchain entrants particularly attractive.

“We consider that with 100 clubs and three of the top 10 soccer clubs in the world — Juventus, PSG, Atletico Madrid — we're now officially on track to start advertising the game as a full-on gaming experience,” the spokesperson said.

Ahead of the U.S. launch, he noted that the game had “needed some fine-tuning, such as the scoring matrix and the progression within the game.”

Since its launch in March 2019, Sorare has generated $2 million in revenue from card sales across 60 countries.

Nonfungible — a rankings site for blockchain games and issuers of collectible, non-fungible tokens (NFTs) — currently has Sorare ranked 5th. It reports $205,131 in 7-day volume as compared with $954,231 for the top-ranked game, Cryptokitties.

NFTs first came to prominence in 2017 with the launch of Cryptokitties, which, like Sorare, is based on the Ethereum blockchain. The NFT collectibles market was estimated to have hit $370 billion as of July 2020.