BitMEX is not registered to operate in Ontario, says regulator

BitMEX is not registered to operate in Ontario, says regulator 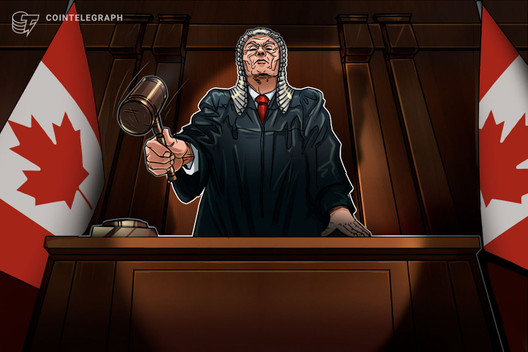 Where in Canada BitMEX is allowed to offer its services?

BitMEX, one of the world’s largest Bitcoin (BTC) trading platforms, is now officially restricted to operate within at least two Canadian provinces.

Following a request from the Ontario Securities Commission (OSC), BitMEX will be soon limiting the access to its platform by Canadian investors from Ontario province.

A representative at the OSC told Cointelegraph that BitMEX held no regulatory approval to operate in Ontario. “BitMEX is not registered or recognized in any capacity in Ontario,” the spokesperson said.

The representative said that BitMEX agreed to restrict Ontario investors from accessing the platform following discussions with the regulator.

The OSC’s statement comes shortly after BitMEX officially announced that the platform will be restricting access to users in Ontario starting Sept. 1, 2020. In the announcement, BitMEX said that the restrictions were mandated by the OSC, while providing no further details about the reasons behind the decision.

BitMEX declined to reveal more information about the regulatory status of its operations in Canada. It remains unclear whether the exchange is operating legally across the country.

Ontario is not the only Canadian province where BitMEX is restricted. According to BitMEX’s terms of service, citizens and residents of Québec are not allowed to access the platform. In early 2019, BitMEX was reportedly shutting down client trading accounts in Quebec alongside accounts based in the United States. The exchange subsequently denied the report, claiming that the platform has banned all U.S. traders since 2015.

According to its website, BitMEX is also restricted from operating in the Hong Kong Special Administrative Region of the People’s Republic of China, the Republic of Seychelles, Bermuda, Cuba, Crimea and Sevastopol, Iran, Syria, North Korea and Sudan.

The news comes as BitMEX is preparing to launch a new user verification program. The compulsory program will roll out on Aug. 28, requiring all BitMEX users to complete ID checks within the next six months.