Bitmain Receives $12 Bln Investment in a Recent Funding Round

Bitmain Receives $12 Bln Investment in a Recent Funding Round 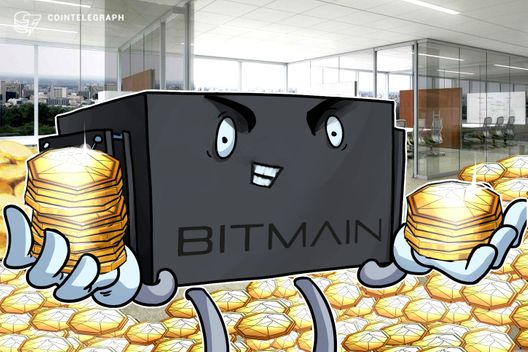 In early June, the company’s CEO Jihan Wu said he is “open” to plans to conduct an initial public offering (IPO) in Hong Kong. Wu said that an IPO in the region would be a suitable means for allowing early investors to cash in their funds.

In May, one of Bitmain’s main competitors, China-based Canaan Creative, announced that it would start an IPO on the Hong Kong Stock Exchange in July. In an interview with Reuters in April, Canaan co-chairman Jianping Kong said, “We ... prefer listing outside mainland China as we are in a global business.”

Founded in 2013, Bitmain Technologies is a privately held company that develops Bitcoin mining hardware and ASIC chips. The firm reportedly held 70-80 percent of the market for Bitcoin mining hardware in February 2018. Bitmain also operates one of the largest Bitcoin mining pools, Antpool. Earlier this year, the company was reported to be involved in the development of Ant Creek mining centers in the U.S.