BTC has shot up above $8,000, and ETH above $400, as the crypto markets experience a steep 30 minutes of upwards growth.

The crypto markets experienced an explosion of growth today, April 12, with Bitcoin (BTC) jumping more than $1,000 to break $8,000 over just a 30 minute period, and the rest of the market solidly in the green. 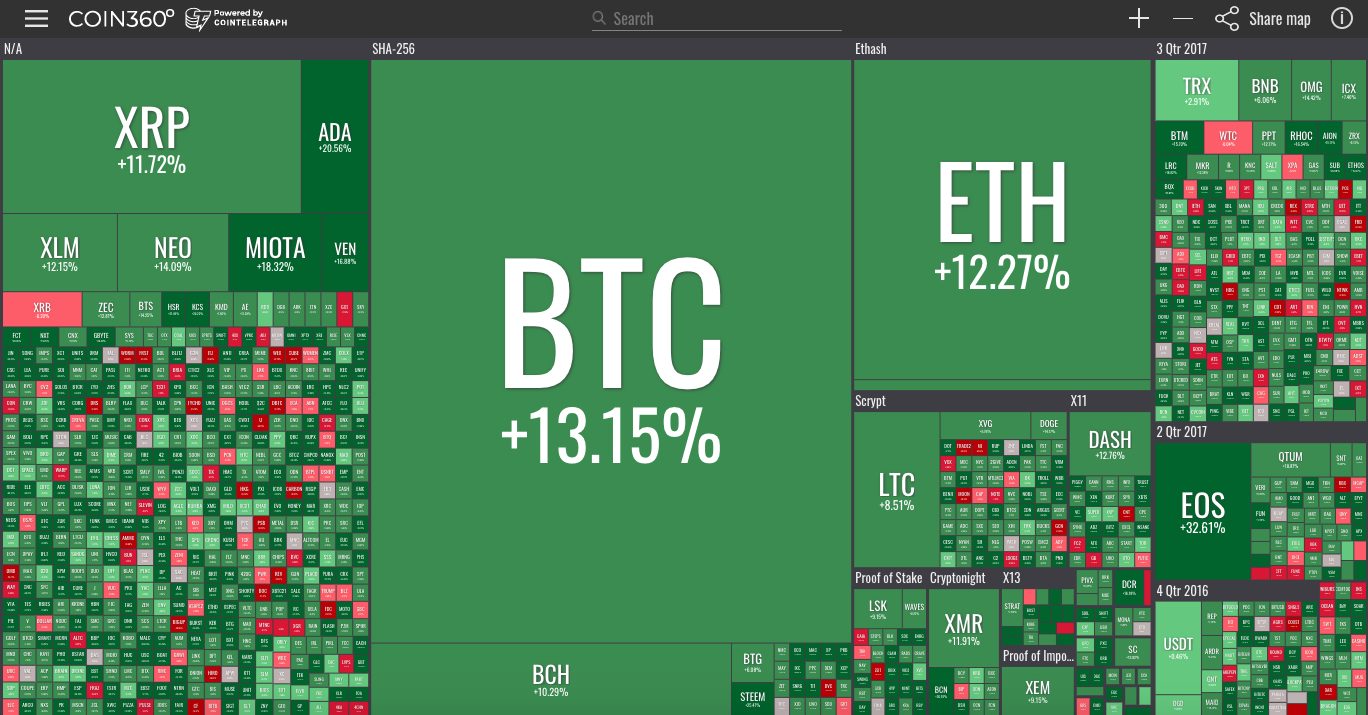 While no specific events have been confirmed as the reason for the sharp price jumps across the board, Twitter users have speculated that the recent news that Bitcoin has been declared compliant with Shariah law – according to a report published online today, April 12 – may have contributed to the spike: Cointelegraph contributor Joseph Young tweeted about the abrupt price rise, commenting on the spike as an example of typical Bitcoin behavior:

Crypto trader and Twitter persona WhalePanda referred to the jump as a “bear trap”:

Nice move by #Bitcoin. Got to love that bear trap. pic.twitter.com/9SrHfJuFvO

Ethereum (ETH) also experienced a notable price spike, jumping to around $465 by press time – after a month of hovering around the $400 mark – and is up by more than 12 percent over a 24 hour period. Total market cap also hit above $300 bln for the first time this month, dropping slightly down again to $297 bln by press time. Of the top ten coins listed on CoinMarketCap, EOS is still up the most, more than 30 percent over a 24 hour period, and trading at around $8.90 by press time. EOS’s price spike could be attributed to EOSIS’s April 9 pre-release of the Dawn 3.0 Blockchain platform.